Nine security prisoners were placed in solitary confinement after a warden was injured Friday in a riot at the Nafha Prison south of Dimona in the Arava desert. The riot began with a twitted image of two security inmates sitting on the floor of a cell at the prison, making cookies for Eid al-Fitr, the holiday that concludes the month of Ramadan.

The image was twitted by Pal Today TV, accompanied by the caption: “The prisoner Khalil Abu Arram, the son of Yatta City, is preparing the cookies inside the occupation prisons.”

Last July, Khalil Abu Arram broke into the home of a Jewish family in Neve Tzuf-Halamish in Samaria and stabbed three family members to death while they were having Shabbat dinner. A local resident, an armed soldier, saw the event through an open window and arrested the terrorist, receiving many accolades for not sticking a bullet in his head. The terrorist is serving a life sentence, pending on the next prisoners exchange.

When the Israel Prisons Service became aware of the tweet, the wardens went about searching Abu Arram’s cell, figuring either he or his fellow inmate had uploaded the picture, and if they did, there must be a contraband cellphone in there someplace.

And so at noon the wardens entered the cell in search of the phone, where they were greeted by rioting inmates armed with broomsticks who shoved and hit them, injuring one warden. Other inmates joined in from their cells, screaming and banging on the doors. Eventually reinforcement was sent in and they took control of the situation. The nine rioters, including Abu Arram, were placed in solitary confinement. 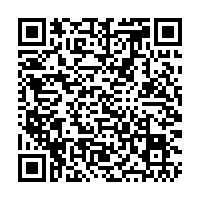