The PA Arab factions that participate in the upcoming general elections on Tuesday signed a “code of honor” that “guarantees the success and conduct of the electoral process without obstacles,” WAFA reported.

The meeting in Cairo included the Fatah and Hamas movements, and both pledged to fully comply with the provisions of the 2007 law regarding general elections, as well as its amendment version enacted in 2021 calling for conducting general and presidential elections, promotion of public freedoms, and the formation of an election court to deal with disputes.


The two factions also vowed their compliance with the regulations, instructions, and decisions issued by the Central Elections Commission regarding the electoral process in its various stages in a manner that achieves integrity and transparency.

They agreed to respect the role of local, regional, and international observers and pledged to cooperate with them in carrying out their monitoring.

Both parties also committed not to exercise any form of pressure, intimidation, treason, blasphemy, violence, or blackmail against any candidate or voters.

And they promised to abide by the health protocols issued by the PA Ministry of Health as part of the effort to combat the coronavirus pandemic.

Both parties also pledged not to hold any election events, nor use places of worship, directly or indirectly, in their election campaign.

The delegations of both political factions, together with the National Council, and the Central Elections Committee, resumed their two-day national dialogue meetings to discuss several election-related issues, most prominently overcoming obstacles facing the elections, and keeping the factions informed regarding changes and other developments.

The legislative elections are planned for May 22, presidential for July 31, and Palestinian National Council elections for August 31.

In the 2005 presidential elections, Mahmoud Abbas gained 62.52% of the vote while his biggest rival, Mustafa Barghouti, won only 19.48%. Abbas turns 86 this year, and Barghouti, who is 67 and the founder of the BDS movement, is not likely to run this time.

As to the legislative elections, a December 2020 poll by the Palestinian Center for Policy and Survey Research found that Fatah would win 38% of the vote, Hamas 34%, and the remaining parties would split 10% of the vote, and 19% of the voters undecided—which means that the results for Fatah and Hamas are subject to radical changes. The same poll also found 52% of PA Arabs believe the elections would not be fair and free. 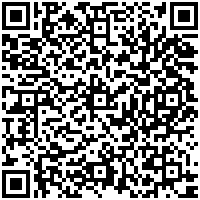