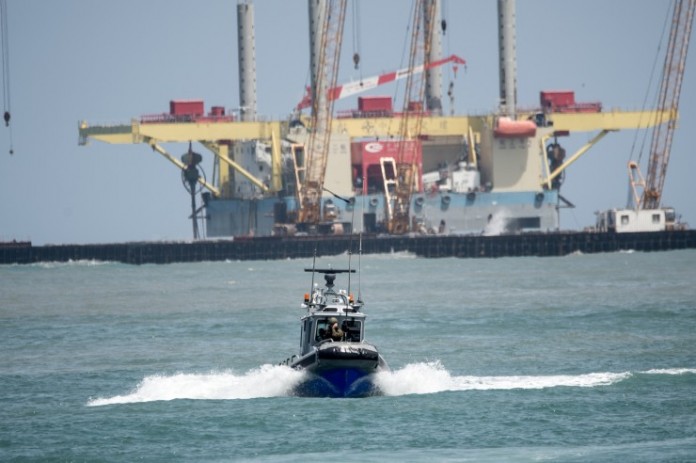 
Employing advanced sensors, sonars, and imaging systems that are integrated into a unified command and control system, the USV can operate either remotely, semi-autonomously or autonomously. The vessel will offer unique capabilities in terms of modularity, payload, range, maneuverability, and performance.

EDGE and IAI also signed a Memorandum of Understanding (MoU) to establish a maintenance center for a selection of IAI’s systems in the UAE. In addition to maintenance, the center will advance local marketing of these systems.

IAI’s POP is a Plug-in Optronic Payload electro-optical sensor system, equipped with a powerful laser designator and eye-safe range finder. The MiniPOP is a dual-axis that includes a continuous zoom color day camera and a thermal imaging camera, a laser pointer, an eye-safe laser rangefinder, and an automatic tracker. The MOSP is a highly stabilized long-range reconnaissance and targeting multi-sensor family of payloads for Airborne and maritime applications.

Faisal Al Bannai, CEO and Managing Director of EDGE Group, said that “it is an important milestone for EDGE to forge collaborations with leading defense players such as IAI to strengthen our advanced technology portfolio.”

Boaz Levy, President and CEO of IAI, said that “we are proud to join hands with EDGE in this endeavor, which is another step towards our growing efforts and partnership in the region.”