“Iran tried to transfer explosives from Syria to terrorists in Judea and Samaria using an unmanned aircraft,” Defense Minister Benny Gantz revealed Tuesday at the Herzliya Conference, held at the Reichman University.

Gantz also exposed the bases of Shabhar and Qeshm, in southern Iran, from which the Iranian military launches UAV attacks at maritime targets.


In his address, Gantz presented Iran’s methods of operation and “the basis of its aspiration to become a global hegemony which would impose its radical ideology.”

The Iranian method of becoming a regional power is to take over backward countries like Yemen, Syria, Iraq, and Lebanon.

“The method is clear – first we take Damascus, then we take Berlin,” Gantz warned.

Gantz exposed that Iran was carrying out attacks using suicide drones launched from its territory and from the countries in which its proxies are deployed, and presented the two major bases in the Shabhar region and the Island of Qeshm in southern Iran, from which operations are carried out against maritime targets and where advanced attacking UAVs are still located today.

Gantz revealed in August that Amir Ali Hajizadeh, Commander of the Islamic Revolutionary Guard Corps (IRGC) Air Force, is behind dozens of terror attacks in the region employing UAVs and missiles.

The UAV command launched the suicide drone that attacked the Mercer Street in the Gulf of Oman at the beginning of August, an attack that killed two men.

Gantz added that “Iran is also operating outside the region, transferring oil and weapons to Venezuela, operating its Qods Force in South America, and is trying to infiltrate its influence into Afghanistan. Iranian terrorism is being promoted with the approval of leader [Ayatollah Ali] Khamenei and under the regime’s top management directive.”

One of Iran’s key tools is Unmanned Aerial Vehicles (UAV), precision weapons that can reach strategic targets thousands of kilometers away, and thus “this capability is already endangering Sunni countries, international forces in the Middle East and also countries in Europe and Africa,” Gantz noted.

An Israeli Air Force (IAF) helicopter downed the drone after it penetrated Israeli airspace. In response to the incident, IAF planes conducted the largest strike since the First Lebanon War, hitting the Syrian-based mobile Iranian control center that sent the drone, and 12 targets in the country after Syrian Army air defenses shot down an Israeli F-16 jet as it returned to Israel following the initial strike.

Finally, addressing the international community, Gantz said that “the world has many tools at its disposal to face this threat, and it must use Plan B to the diplomatic option.”

“The world has tools and there is an interest in stopping Iran, which harms the economy, foreign policy, security and moral values. There is no doubt that a diplomatic solution is preferable, but alongside it, the use of force must also be on the table, which is the continuation of diplomacy by other means. Sometimes the use and demonstration of force can prevent the need for a stronger force,” he underscored. 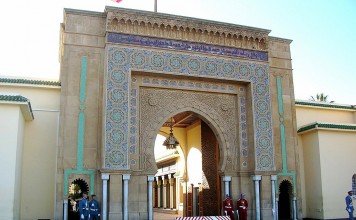