Iran has begun to enrich uranium with a fourth cascade (cluster) of advanced IR-2m centrifuges in its underground nuclear facility at Natanz, according to a report by the United Nations atomic watchdog, the International Atomic Energy Agency (IAEA).

The report, obtained Thursday by the Reuters news agency, documented the additional breach of the 2015 JCPOA nuclear deal signed by Iran with world powers.


“On 31 March 2021, the Agency verified at FEP that: Iran had begun feeding natural UF6 into a fourth cascade of 174 IR-2m centrifuges,” the IAEA wrote in the report sent to member states, dated Wednesday.

FEP is the underground Fuel Enrichment Plant at Natanz. UF6 is uranium hexafluoride, the form in which uranium is fed into centrifuges for enrichment.

Iran informed the IAEA that it plans to use six cascades of the advanced centrifuges to enrich the uranium up to five percent fissile purity, according to the report. Two more cascades have been installed but are not yet in operation. A second cascade of IR-4 centrifuges has not yet been installed, but is planned, the report said.

Under the JCPOA, Iran can enrich uranium with the relatively slow first-generation IR-1 centrifuges.

The latest breach is another volley in the standoff between Iran and the United States; the question is which side will blink first.

Iran has continued to violate the nuclear deal almost since the agreement was signed; in response, then-President Donald Trump withdrew the United States from the deal.

Since that time, Iran has continued to escalate its violations, while demanding the United States revoke the sanctions that were restored by the Trump Administration in response to its breaches of the JCPOA.

Under the nuclear deal, Iran’s uranium enrichment was to be capped at 3.67 percent and the country was to stockpile only up to a limit of 300 kilograms (660 pounds). Iran was also supposed to halt enrichment at the underground Fordo nuclear plant.

In addition, Iran was not to accumulate more than 130 tons of heavy water, which contains more hydrogen than regular water, and was to redesign its heavy water nuclear reactor at the Arak facility.

Why? Because spent fuel from a heavy water reactor contains plutonium; plutonium can be used to create a nuclear weapon.

The IAEA asked Iran in November 2019 for an explanation of why field inspectors had “detected natural uranium particles of anthropogenic (human-induced) origin, at a location in Iran not declared to the agency.”

It is believed the particles were discovered in the Tehran district where Israel’s Prime Minister Benjamin Netanyahu warned in an international briefing that Iran was hiding a “secret atomic warehouse.”

A July 2020 report by the Kuwaiti al-Jarida news outlet quoting a “senior security source” — without revealing the nationality, country or security service of the source – said the explosion at the end of June in Iran’s Parchin weapons research, development and manufacturing center (and a nearby missile production facility -ed.), and a massive fire at Natanz a few days later, were both carried out by Israel. The fire resulted in a “crack” in the reactor building, according to the report.

In October 2020, satellite imagery showed that Iran had, as promised, begun construction on its underground advanced centrifuge assembly plant at Natanz. The cause of the blast was never officially announced. 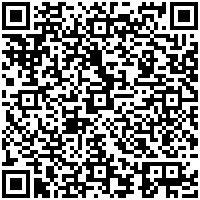