Iran is moving ahead with its nuclear development activities; its Atomic Energy Organization (AEO) announced Wednesday the completion of a new factory to manufacture rotors for uranium enrichment centrifuges.

The new facility can produce enough rotors for up to 60 IR-6 centrifuges per day, according to AEO head Ali Akbar Salehi, who claimed the new factory still does not break the terms of the JCPOA nuclear deal signed in July 2015 with world powers.


“Instead of building this factory in the next seven or eight years, we built it during the negotiations but did not start it,” Salehi said, according to Iranian state media. “Of course, the Supreme Leader was completely informed and we gave him the necessary information at the time. And now that he has given the order this factory has begun all of its work.”

Iran has also already begun construction at its Natanz nuclear facility for the production of advanced uranium centrifuges, a process announced by Tehran last month. The Tehran government said it had reopened a nuclear production plant that has allegedly been idle for the past nine years, ordering resumption of operations at the UF6 (uranium hexafluoride) factory located in central Isfahan province.

Iran’s Supreme Leader has continued to vow to annihilate the Jewish State, and the government likewise is generously funding, equipping, training and politically supporting its terrorist proxies on Israel’s northern and southern borders — Hezbollah, Hamas and Palestinian Islamic Jihad — in the hope they will carry out the task on its behalf. 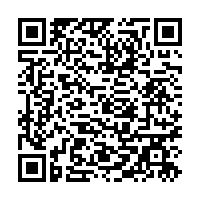