Prime Minister Benjamin Netanyahu warned Iran on Wednesday that any attempt to shut down a strategic maritime oil route would be met with an international coalition that would open the waterway to traffic.

Speaking at the graduation ceremony of the Israel Navy officers’ course, Netanyahu said, “At the start of the week we witnessed a sharp clash with Iranian proxies who tried to obstruct international navigation in the straits at the entrance to the Red Sea.


“If Iran tries to block the Bab-el-Mandeb, I am convinced that it will find itself facing a determined international coalition to prevent this,” he said. The Bab al-Mandeb strait links the Red Sea to the Gulf of Aden, and is a key waterway.

“This coalition would also include the State of Israel and all its arms,” he added.

The warning came in response to a threat by Iran which said it might block oil supply routes through the Strait of Hormuz, which connects the Persian Gulf with the Arabian Sea. 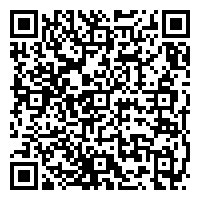