The Israeli-owned MV Helios Ray has begun repairs in the port of Dubai after being hit by explosions while sailing in the Gulf of Oman last Thursday.

Israeli defense officials were quoted by Israel’s Channel 13 as saying they believe Iranian IRGC Naval forces fired two missiles at Helios Ray, targeting a part of the ship that would not sink the vessel when damaged.

#MarineWarRisk: Yesterday at around 20:40 UTC, a vehicles carrier experienced an explosion while underway eastbound in the Gulf of Oman. Ambrey assess the vessel was possibly targeted due to its #Israel ?? and #UK ?? affiliations. Read more about this incident on the Ambrey MRI. pic.twitter.com/25nakMJmX7

Emirati and Israeli security officials are making sure the vessel is protected from spying eyes.

Damage to the vessel is not easily visible from the shore, according to a report published by The National, a UAE news outlet.

An Emirati coast guard vessel was seen by reporters sailing behind the ship; Dubai police and Emirati armed forces vehicles were parked nearby as well.

The dock blocks the view of the ship’s starboard side down to the waterline and the port side can only be seen from a distance, according to the report.

The ship has been anchored in dry dock near Dubai’s famous floating hotel, the Queen Elizabeth 2, The National reported.

The crew of 28 was not harmed in the attack, American defense officials said; nor was the engine room. But the vessel was hit at least twice and ended with two gaping holes on each side just above the waterline.

Various photos circulating of the damage to the HELIOS RAY corroborate reports from two U.S. defence officials cited by AP of two holes in the port and starboard sides of the vessel (four total), just above the waterline. Signage shows damage at deck 3 level. pic.twitter.com/5PweU95UxT

“We will need to keep investigating but we can say for sure that Iran is attempting to damage Israeli infrastructure and to hurt Israeli citizens,” Gantz said.

Israeli defense and security officials say the damage to the MV Helios Ray is a red line that Tehran will have truly crossed. 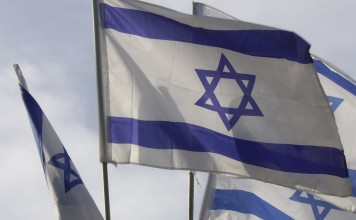 From Remembrance to Celebration – From Jerusalem With Love [audio] 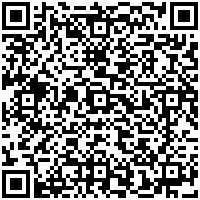