In the near future, Iran will work to target Israelis visiting countries near Iran, including in the United Arab Emirates (UAE) and Bahrain, as well as other countries in the Middle East visited by Israelis, Israel’s National Security Council Counter-Terrorism unit warned.

The National Security Council Counter-Terrorism, Public Security and Home Front Division presented on Monday its list of warnings ahead of the upcoming tourism season abroad.


Following the decline of the Coronavirus (COVID-19) pandemic and the large number of Israelis who have been vaccinated, a significant upsurge in outbound tourism is anticipated, the NSC noted.

In its report, the NSC pointed out that in recent months, Iranian elements have threatened to harm Israeli targets. In this context, an explosive device exploded on January 29 near the Israeli embassy in India, and officials in India determined that Iran was behind the attack.

The NSC estimates that Iran will continue to work in the near future to promote attacks against Israeli targets. Areas with a high probability of such activity are countries close to Iran, including Georgia, Azerbaijan, Abu Dhabi, Dubai, Bahrain, the Kurdish region of Iraq, as well as countries in the Middle East visited by Israelis such as Turkey, Jordan, and Egypt.

At the same time, global jihadist organizations, with an emphasis on the Islamic State (ISIS) and its supporters, continue to motivate and carry out terrorist attacks in various countries around the world, including countries visited by Israelis, including in parts of Africa, the Sinai, Malaysia, Indonesia, Kashmir in India and the southern Philippines.

“Against this background, we call on the public planning to visit abroad to check the status of the travel warning on a selected destination, before purchasing the tickets,” the NSC said. 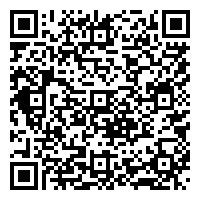