The Jerusalem Magistrate’s Court this week heard a precedent-setting claim by a Jewish visitor to the Temple Mount, who had been beaten by a Waqf guard, Makor Rishon reported. The guard kicked the Jewish visitor as he kneeling down to bow.

Judge Ofir Yehezkel ruled that the assailant must compensate his victim, Ro’i Ephraim Schindler, in the amount of 8,000 shekel ($2,205.56).

The claim is unique: it is the first time that Jews visiting the Temple Mount filed a civil claim against a specific Waqf employee. In addition to the compensation, he was order to pay Schindler’s legal expenses in the amount of 1,800 shekel ($450).

For reasons of its own, the Jerusalem Police decided to close the criminal case against the Waqf man.

According to Schindler’s lawsuit, which was filed in 2017 and demanded 30,000 shekel ($8,270), the plaintiff went up to the Temple Mount with a group of about 40 Jews. At one point, he bowed down, which violated the rules of the site that permit only Muslims to bow down. A policeman on the scene picked up Schindler from the ground and cuffed him.

While plaintiff was handcuffed, the Waqf employee kicked him in the stomach and ribs. The attack was recorded by one of the visitors. The attacker, Fadi Bahir, a resident of the a-Tur neighborhood of eastern Jerusalem, was arrested.

Bahir was detained and investigated with a warning, but despite the video proof, the police decided to close the case and did not file an indictment.

The lawsuit included the State’s position, which was determined to be binding by the High Court of Justice, as binding, which states: “All the [non-Muslim] visitors to the Temple Mount are accompanied by Israeli police, and the Waqf has no authority to act directly against the visitors. If an event occurs which, according to the Waqf, harms the administration of the site as a holy place, they must contact the police in the area and ask for their intervention.”

“The Waqf has no authority over Jews who go up to the mountain, and the Waqf guards who choose to act against Jews improperly must be removed from the mountain,” both the state and the high court agree. 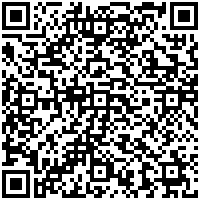