The Committee to Protect Journalists (CPJ) on Thursday demanded that Jordanian authorities immediately release cartoonist Emad Hajjaj, drop all charges against him, and let him work freely.


According to his employer and press protection groups in Jordan, on Wednesday, a police patrol arrested Hajjaj, a cartoonist for the Qatari-funded news website Al-Araby al-Jadeed, on a road in the Jordan Valley while the cartoonist was on his way to Amman, the capital, and transferred him to the police headquarters in downtown Amman.

According to Al Jazeera, the arrest was prompted by a cartoon Hajjaj published Wednesday, which criticized the recent deal between the United Arab Emirates and Israel, and mocked Emirati Prince Mohammed Bin Zayed.

On Thursday, authorities brought Hajjaj to the public prosecutor’s office, where he was charged with “disturbing relations with a sister country” under Jordan’s counter-terrorism law. If convicted, Hajjaj could face a minimum of 10 years hard labor, according to 2014 amendments to the counter-terrorism law.

The public prosecutor’s office ordered Hajjaj to be detained for 14 days and transferred him to Salt Prison, northwest of Amman.

“Journalists and cartoonists like Emad Hajjaj are entitled to express their views freely on the Israel-United Arab Emirates deal, which affects the lives of millions of people across the region,” said CPJ’s Middle East and North Africa representative, Ignacio Miguel Delgado. “Jordanian authorities should immediately release Hajjaj, drop all charges against him, and allow him to provide political commentary without fear of imprisonment.”

Hajjaj has recently published several cartoons critical of the UAE-Israel deal on Al-Araby al-Jadeed’s website and his Twitter account, where he frequently posts his work and has more than 130 thousand followers.

Hajjaj was previously sued and was subject to harassment and death threats in November 2017 over a cartoon he published about a land deal between Israeli buyers and the Greek Orthodox Church in eastern Jerusalem.

CPJ emailed the Jordanian Justice Ministry for comment, but did not immediately receive any response. 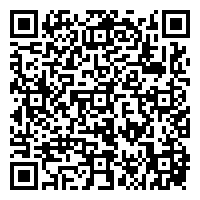