These days, Turkey’s foreign policy calculus, especially when it involves matters surrounding Israel, appears to reflect the thinking of a fifth-grade schoolboy. I don’t like David anymore and you, Bassam, want to play with him. So I don’t like you anymore either.

Turkey remained neutral during the Arab-Israeli war of 1948. At its conclusion, the then young Turkish republic became the first Muslim country to recognize the infant state of Israel on March 28, 1949.

In January 1950, Ankara sent a career diplomat, Seyfullah Esin, to Tel Aviv as the first Turkish chargé d’affaires in Israel. In 1951, Turkey joined the Western bloc of countries that protested Cairo’s decision to deny Israeli ships passage through the Suez Canal. The Mossad opened a station on Turkish soil in the early 1950s. In 1954, Turkish PM Adnan Menderes, while on a visit to the US, called on Arab states to recognize Israel.

In 1958, an El Al airliner requested an emergency landing at Istanbul’s Yeşilköy Airport due to mechanical problems. As it transpired, the passengers aboard were David Ben-Gurion, Golda Meir, and the IDF Chief of Staff, who were on a secret mission. The purpose of the visit, which was welcomed by the Turkish government, was to establish and enhance cultural and intelligence cooperation.

From 1949 until the 1979 Egyptian-Israeli peace treaty, Turkey remained the only Muslim country to have diplomatic ties with Israel. After the Oslo Accords in 1993, Jordan joined the club of Muslim nations recognizing the Jewish state. And on August 13 of this year, the UAE agreed to establish diplomatic relations with Israel. Other Muslim-majority states are making signs that they would like to follow suit.

What’s wrong with Arab nations making peace with Israel? A lot, according to Iran, Hamas, and Turkey, a trio that is offended by steps toward peace in the Middle East. Among these three peace-haters, however, Turkey is unique.

The day after the historic UAE-Israel deal, Turkey’s Islamist strongman, President Recep Tayyip Erdoğan, said: “I have given instructions to my foreign minister … We may take a step to suspend diplomatic relations with the UAE or recall our ambassador to Abu Dhabi … Because we side with the Palestinian people.”

A statement from the Turkish Foreign Ministry said: “History and the conscience of the region’s peoples will not forget and never forgive this hypocritical behavior of the UAE, betraying the Palestinian cause for the sake of its narrow interests.”

Hamas is in a terror war against Israel. Iran has no diplomatic relations with Israel and often promises that it will one day annihilate the Jewish state. Hamas and Iran are the “rogue” entity side of the picture. Turkey differs from them in two important ways: it is a member of NATO and a candidate to become a full member of the EU.

How can a sane country fault another country for establishing diplomatic ties with a state with which it has had diplomatic relations for decades? When it comes to Israel, Erdoğan’s Turkey is not sane.

Ankara does not want peace in the Middle East. Like Iran, Turkey loves to hate any peace deal in the Arab-Israeli dispute. Turkey’s leaders, like Iran’s, love to make gains in domestic politics by abusing the “plight of the Palestinians.” Ankara will likely be deeply disappointed if Israel and the Palestinians actually manage one day to shake hands over a sustainable peace treaty.

For the time being, a state sympathetic to the guiding principles of Iran and Hamas is within the NATO alliance—an odd state of affairs indeed.

The ‘Danger’ Of Showing A PragerU Video 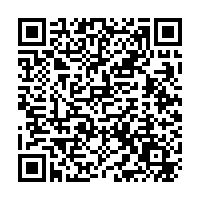