Jordanian MP Razi al-Hwamla on Tuesday told Reshet Bet radio that “if the Jordanian government does not cancel the Israeli gas agreement, we will topple it.”

The MP explained that “your (Israel) comparison between the water we import from you and other materials is not relevant. We talk here about energy as a primary source that sustains the sovereignty of our country. You can’t compare water to gas.”

In 1994, as part of its peace treaty with Jordan, Israel agreed to give Jordan 50,000,000 cubic meters of water each year – a deal that has gone a long way to introduce an environmental crisis in the Kinneret, which has since dropped more than 2 meters below its emergency red line.

The deal also allows Jordan to own 75% of the water from the Yarmouk River. Israel also agreed to help Jordan use desalination technology in order to find additional water.

So, when it comes to water, the Jordanians aren’t rejecting the Zionist offering. But the MP insisted Jordan does not need Israel for gas. So why should they help Israel?

“We have local alternatives to gas and also alternatives in neighboring countries, which allows us not to rely on Israel,” a brazenly ungrateful al-Hwamla stated.

He also rebuked Israel, saying: “There is a mental barrier between you (Israel) and us – even if you believe that there is peace, the Zionist entity does not know what an agreement is. It only works for itself, through bloodshed, death and the killing of others.”

On Sunday, the Jordanian parliament approved a bill that was passed to the government, forbidding gas imports from Israel to Jordan. It is a largely symbolic law that has no practical impact on the gas import agreements signed between the two countries. Earlier this month, gas began to flow from the Leviathan reservoir to the Jordanian National Electric Company as part of the deal signed with the US-based Nobel Energy Company in 2017.

It is doubtful the parliament would be able to topple the government against the will of the King of Jordan, Abdullah II, but it’s nice to see how this particular MP works out his moral priorities: take from Israel whatever you can, give Israel as little as possible.

In October 2018, Jordan notified Israel of its intention not to renew land leases under Annex I of the peace agreement. After 25 years, Israeli farmers will be kicked off their land and that’ll be it. So the main beneficiary of the peace with Jordan so far is Noble Energy. 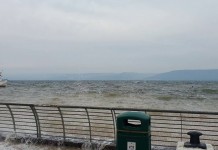 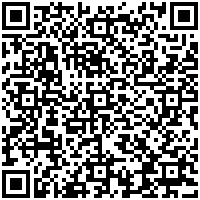