IDF spokesperson in Arabic Avichay Adraee tweeted a message directed at Lebanon’s Prime Minister-designate Saad Hariri Wednesday: “You have said these things about [UN] Resolution 1701 long ago. We truly want to believe you, but the problem is that Hezbollah is still lying to you and to the Lebanese.”


Prime Minister-designate Saad Hariri announced Wednesday that Israel’s operation to destroy the Hezbollah terror tunnels on Lebanon’s border should not lead to “any escalation.”

“The developments on the southern border must not represent a reason for any escalation, and this is what Lebanon wants and is seeking with all the international and friendly sides concerned with this,” Hariri said in a statement.

“The Lebanese government stresses its commitment to the full obligations of Resolution 1701 and to the ongoing coordination and cooperation between Lebanese authorities and UN forces. It also asserts that the responsibility for protecting the border and extending legitimate authority along the entire border falls on the Lebanese Army, in line with the requirements of international legitimacy and the declared resolutions in this regard,” the PM-designate said.

Hariri condemned “Israel’s continued violation of Lebanese airspace and territorial waters,” which he vowed to take up with “the relevant parties of the UN General Secretariat and the member states of the UN Security Council.”

Earlier on Wednesday, Nabih Berri, Lebanon’s parliament speaker and ally of Hezbollah, said Israel had presented no evidence to prove its claims that a network of attack tunnels had been built by Hezbollah across the two countries’ shared border.

In its own statement on Wednesday, the Lebanese army called Israeli reports of tunnels crossing the border “allegations.” It called on Israel to present specific coordinates and information about the location of such tunnels, and army urged Israel not to carry out any work inside Lebanese territory.

A senior officer in the Northern Command told Channel 10 on Wednesday that “the IDF holds most of the Hezbollah tunnels, and our knowledge of the Hezbollah project is good, even very good.” The officer acknowledged that “we may have surprises, but the likelihood of this is low, we know quite well the scope of the project and its expanses.”

According to the senior officer, the secrecy of the operation was of decisive importance for the army’s ability to map the routes of the tunnels.

“Hezbollah members worked in the tunnels right up to the beginning of the operation,” he said. “Keeping the secrecy of the operation was an extraordinary achievement. It was a great surprise for Hezbollah.”

The senior officer also claimed that the exposure of the tunnels embarrassed Hezbollah and that the terror organization was still trying to understand the extent of the damage and the scope of Israeli intelligence.

“Hezbollah still does not realize how much we understand its project and it will be surprised even more later on,” he added.

According to him, the terror group’s embarrassment is part of the success of the operation.

The officer repeated the prime minister’s claim that Hezbollah had planned to use the tunnels to occupy territories in the Galilee in the next war, but made it clear that “none of the tunnels was ready for war tomorrow, and progress was made by a few diggers in every route. They needed a few more months to complete the tunnels.” 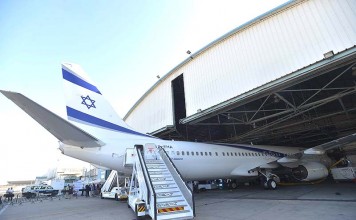