Israel has destroyed 15 Hamas terror tunnels that penetrated into southern Israeli territory over the past year – including one operational tunnel extending into the Mediterranean Sea. That particular tunnel was designed for Hamas naval commandos to exit and enter the northern Gaza Strip unnoticed via an underwater outlet.

The IDF completed construction this year of 27 kilometers (16.8 miles) of an Israeli underground barrier designed to block Hamas tunnels from infiltrating into Israeli territory from Gaza. The barrier, which continues beyond the land and into the sea, will also block Hamas naval commandos from infiltration efforts via the Mediterranean.

The reaction of what appears to be Hezbollah terrorists when they see the cement we poured into the attack tunnel that they had been digging from Lebanon into Israel, spilling out on the Lebanese side.

WATCH: IDF officer calls out in Arabic to the residents of the Lebanese Shiite village of Ayta ash-Shab, warning them to clear the area prior to the demolition of an attack tunnel dug by Hezbollah from underneath their village into Israeli territory. pic.twitter.com/s08zkXnXQc

“We acted successfully against the precision capabilities that [Hezbollah] tried to achieve and against their attempts to establish themselves on the Golan Heights front,” the IDF Spokesperson said in a statement last week.

“It’s not hard to imagine what would have happened if hundreds of Hezbollah operatives had entered [Israel from Lebanon] through underground attack tunnels. We detected and prepared for this threat in secret.” 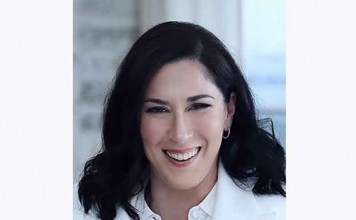