(JNS) The last several months have not been good one for Lebanon, as it’s been wracked by economic and political instability. Protesters upset over years of government mismanagement, sectarianism and deep-rooted corruption forced the resignation of Lebanese Prime Minister Saad Hariri in October, which led to more political paralysis and put the country on the verge of a financial collapse.

Seeking to address these imminent concerns, the country formed a new government in January under Prime Minister Hassan Diab, a 60-year-old technocrat and engineering professor at the American University of Beirut.

While under the country’s constitution the prime minister must be a Sunni Muslim, Diab received little support from his own Sunni community, who traditionally aligned with the West and Saudi Arabia, and instead his appointment was largely backed by the Hezbollah-allied March 8 parliamentary bloc, which comprised mostly of Shi’ite Muslims and pro-Syrians. This means, of course, that Iran—Hezbollah’s chief sponsor—now holds a tighter grip on Lebanon and its terror proxy has broader reign.

The question is: What does this portend for Israel?

According to Matthew Levitt, director of the Reinhard Program on Counterterrorism and Intelligence at the Washington Institute, and author of Hezbollah: The Global Footprint of Lebanon’s Party of God, Hezbollah’s stronger position in Lebanon underscores “the extent to which the group’s actions prioritize its interests, and those of its chief sponsor, Iran, over the welfare of Lebanese citizens and Lebanon’s economy.”

Already the most powerful armed force in the nation that border Israel on the north, the last 15 years has seen Hezbollah increasing its role in mainstream politics, holding numerous seats in previous governments. But the new government under Diab does not include any Western-backed political parties in Lebanon, leading to concern that the government will be unable to secure international help to ease the financial crisis, while at the same time further entrenching the Iran-Syria-Hezbollah alliance in the country.

‘It will not change the basics of the equation’

Jonathan Schanzer, vice president of research at the Foundation for Defense of Democracies, told JNS the fact that Hezbollah has grown stronger in Lebanon “is not a recent revelation. It is something that has been happening for years, and the international community has stood by idly and failed to intervene.”

“There are those who still believe that counter-corruption measures and targeted sanctions might work — and they could hurt Hezbollah on some level — but it will not change the basics of the equation, which is that Lebanon is controlled, at least 40 percent, by an Iranian proxy terrorist organization,” he said.

According to Schanzer, from Israel’s perspective the Lebanese Armed Forces are working hand-in-glove with Hezbollah, and if Israel comes under attack, it will respond to any strikes that come out of Lebanon.

Israel is also signaling that attacks against it from Lebanon could prompt strikes against Iran itself.

Just a few months ago, it could be said that there was at least a partial differentiation between the Lebanese Armed Forces and Hezbollah. Now, with Hezbollah controlling Lebanon’s government (and military), Israel must contend with a full-fledged terror state on its northern border serving as a proxy to Iran.

It is also unclear what level of support the new Lebanese government will receive from the United States. Last December, the United States released $105 million in aid to the Lebanese Armed Forces after months of delay. However, there is deepening concern within the Trump administration over the new government’s ties with Hezbollah.

In an interview with Bloomberg in late January, US Secretary of State Mike Pompeo expressed concern about that new direction.

Israeli diplomats have been working hard in recent years to push their other countries to recognize Hezbollah as a terrorist organization. For a long time, many countries drew a false distinction between Hezbollah’s military and political wings. Now, this is finally beginning to change.

Honduras and Colombia recently joined Argentina and Paraguay in recognizing Hezbollah as a terrorist organization. Brazil has indicated it might soon do the same. Britain’s finance ministry recently said it had added the entire Hezbollah organization to its list of terrorist groups. The ministry previously only targeted the Shi’ite terror group’s military wing. The German parliament passed a resolution in December calling on the government to officially designate Hezbollah as a terror organization and outlaw the group’s activities in the country.

With Diab in place, there is now little distinction between Hezbollah and the Lebanese government, according to Jonathan Spyer, an expert on the region at the Jerusalem Institute for Strategy and Security.

Hezbollah is the “de facto ruler of Lebanon, so any challenge to the political order in the country directly involves it,” he told JNS. “The formal state, up to and including the highest bodies of government, is now operated solely and overtly by Iran via its franchise.”

“Hezbollah is seeking an end to the protests, involving no substantive change to the power structures in the country,” he said. “The appointment of Diab forms a part of this. Hezbollah seeks to end the protests without losing its image as the defender of poor Lebanese.”

According to Spyer, “In a future contest between Israel and Hezbollah-Iran, the state of Lebanon, under its Hezbollah-dominated government, will constitute the enemy. This, in turn, will enable Israel to exercise the full range of options available to it from a conventional military point of view.”

A tentative ‘mutual deterrence’ between Israel and Lebanon

With Hezbollah’s takeover of the Lebanese government now complete, what options does Israel have in confronting this threat?

Uzi Rubin, preeminent Israeli expert on missile defense, founder and director of the Arrow defense program, an Israeli defense engineer and analyst at the Institute for National Security Studies, told JNS that while Hezbollah is careful to nurture the idea that it has more than 100,000 missiles at its disposal, it doesn’t want escalation since “Lebanon will suffer and so will the people there.”

Israel cannot preempt Hezbollah’s use of its rockets since that very act could start a war.

“Any escalation with Hezbollah will cause the citizens of Israel suffering,” he said. However, he emphasized that measures can be taken by Israel to mitigate the possibility of a rain of missiles on Israel’s home front and thus potential mass casualties.

Israel invests heavily in missile defense, but it also invests in what Rubin referred to as “passive defense.” Every Israeli citizen buying a home must invest in protected rooms. The amount of national income being spent on this necessity is more than the expense of the Iron Dome air-defense system. While Iron Dome “can mitigate the damage, it cannot prevent the damage completely,” he said.

Spyer also said he does not believe that an Israeli proactive attack is likely.

He noted that at present, a kind of mutual deterrence system applies between Israel and Lebanon. “This could be broken in the event of a conflagration involving Israel and Iran,” he said, though “it is unlikely to emerge because of internal Lebanese dynamics.”

It seems apparent that in the event that Israel comes under fire from the north, it will retaliate heavily against Lebanon — and not just against Hezbollah strongholds.

“I don’t see any reason,” Rubin said matter-of-factly, “why residents of Beirut can go on sipping coffee in coffee shops while we are being bombarded by rockets.” 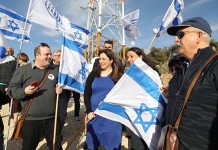 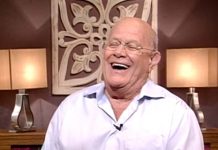 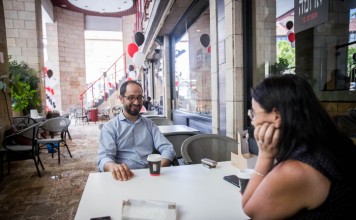 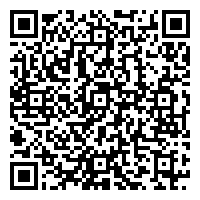