The polls closed Sunday evening in Lebanon at 7 pm local time after the nation’s first parliamentary election in nine years, with official results expected by Monday or Tuesday. Early estimates via exit polls, however, were expected late Sunday night.

Voter turnout was low, according to early reports, with estimates from some districts coming in at 30 percent. Of the 3.8 million Lebanese citizens who were registered to vote, this was a first-time privilege for some 800,000 who cast their ballots at the 6,800 polling stations.


In addition, there are 82,965 expatriate voters as well who were eligible to cast their ballots earlier in the week last week.

Security forces closely monitored activities at the polls to make sure no coercion and no violence disrupted the process. In addition, the European Union said it had deployed election observers in all of Lebanon’s voting districts as well, the BBC reported.

It’s the first election to take place under a new electoral law that redrew the country into 15 voting districts, with 27 subdistricts, introducing proportional representation.

Major issues facing the candidates included the issue of Syrian refugees populating the country, continuing economic difficulties, and the question of Hezbollah’s – and Iran’s – control over the country.

Under the Taif Accord, half of the seats are to be allocated to candidates from different Christian areas, according to Al Jazeera, and the other half allocated to Muslim-dominated regions. The Christian sector includes those from the Roman Catholic, Maronite, Orthodox, Minority Christian, Protestant, Armenian Catholic, and Armenian Orthodox faiths. The Muslim sector includes those from the Sunni, Shia, Druze and Alawite sects.

The president must be a Maronite Christian, the prime minister must be a Sunni Muslim and the Speaker must be a Shia Muslim, according to Al Jazeera.

Israel believes that Hezbollah have been restraining themselves from attacking Israel until after the elections, to avoid hurting themselves in the polling booths. Now that elections are over, the risk of an Iran sponsored Hezbollah attack have increased. 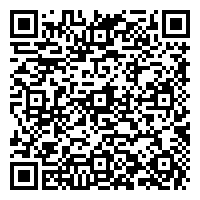