The Israeli military censor confirmed on Monday that Prime Minister Netanyahu and Mossad chief Yossi Cohen were the passengers on unidentified flights that took off from Ben Gurion Airport to Saudi Arabia on Sunday. The flights coincided with Secretary of State Mike Pompeo’s visit to the kingdom.

During Pompeo’s meeting with Saudi Crown Prince Mohammed bin Salman, two unidentified flights departed from Israel and landed in the Saudi city of Neom near the Red Sea and the borders of Egypt and Jordan.

Sites that track aircraft traffic have seen a Gulfstream IV executive aircraft, which Netanyahu had used several times on flights to Moscow, take off from Ben Gurion Airport on Sunday at 5:30 PM, landing in Neom. The plane stayed on the ground for about two hours and landed back in Israel half an hour after midnight. Another flight took off at 6 AM and returned to Israel at 3 PM.

That had to be very satisfying for the traveling PM…

According to political sources, Defense Minister Benny Ganz and Foreign Minister Gabi Ashkenazi, both from Blue&White, were not in the loop about the Saudi trip. That, too, must have been a small source of pleasure for the roving PM.

On Saturday night, an unusual announcement was made by the Prime Minister’s Office, according to which the Corona cabinet meeting planned for Sunday would be postponed to Monday, because Ministers Yizhar Shai and Ze’ev Elkin did not have time to prepare their recommendations regarding digital surveillance.

But an offended Minister Shai responded in a broadcast on Sunday that he had no idea why the cabinet meeting had been cancelled – his and Elkin’s recommendations were ready, in triplicates, thank you very much.

At which point Israel’s clever media elves raised their pointy ears and bushy brows and connected the dots between the suspended cabinet meeting and the Gulfstream IV secret flight.

Israel Hayom quoted a ministerial source in Riyadh and a senior member of the Israeli defense establishment, who both reported that the initial intent was to leak some of the details of the secret meeting in the coming hours, but after the Israeli media reported on the cancellation of the cabinet meeting and the flight path, there was no choice left but to leak the whole thing.

Still, the Saudis have not officially confirmed or denied the meeting. The Prime Minister’s Office initially decided not to comment on the news at all, but it became clear that everyone in the small and well-connected Jewish State was in the know, so why bother.

The three-way meeting with Pompeo, Netanyahu, Cohen, and bin Salman was prepared by Elliott Abrams, an old Middle East hand of the US administration.

Last week, during a joint press conference with the Bahraini Foreign Minister and Prime Minister Netanyahu, Secretary of State stated that he hoped for many more agreements in the future.

Mossad chief Yossi Cohen has stated in the past that there was a very large effort in the Saudi arena and great pressure is being applied to reach an agreement between Israel and the kingdom. In his view, the Saudis “seem to be waiting for the US election, to give a gift to the president-elect.”

Saudi Foreign Minister Faisal bin Farhan said on Saturday that the kingdom had long supported normalizing relations with Israel, but before a permanent normalization agreement can be signed, a peace agreement must be reached with the PA that would include the establishment of a Palestinian state.

He further stated he was confident “that the Biden administration will continue to work for the benefit of regional stability.”

In September, the Wall Street Journal reported that the Saudi monarchy was divided over establishing official relations with Israel. According to the report, bin Salman supports a normalization agreement with Israel and is interested in both business cooperation and an alliance against Iran. But his father, King Salman, supports the Arab boycott of Israel and the PA’s demand for an independent state.

As a result, Bin Salman fears that his father would block an agreement that does not promote the establishment of a Palestinian state. 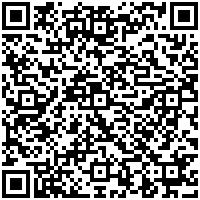