El Al Airlines on Wednesday morning filed a petition with Israel’s High Court of Justice, against the government approval given to Air India to fly over Saudi Arabia on its flights from India to Israel. “The abbreviated route is an exceptional competitive advantage to an extent exceeding normal initial conditions,” El Al claimed.

Last Thursday, the first Air India flight that flew from India to Israel over Saudi Arabia landed at Ben Gurion Airport, eliciting excited congratulations from Transportation Minister Yisrael Katz, who said, “We are celebrating tonight the tightening of relations with India and the first civil contact with Saudi Arabia and the Gulf states.”

In its urgent petition submitted to the High Court of Justice, El Al argued that Israeli aviation policy must ensure equal opportunities for Israeli and foreign airlines. “These administrative commitments are obligatory contractual commitments of the State of Israel,” the Israeli national carrier claimed.

Last February, Air India announced its plan to launch direct flights from Delhi to Israel over Saudi Arabia, thus cutting the flight duration by three to four hours, reducing fuel and other costs, and enabling the company to offer cheaper flights. El Al, being an Israeli company, cannot receive the same deal from the Saudis, since the Messiah has not yet arrived. But in addition to the already unfair advantages enjoyed by Air India, Israeli Tourism Minister Yariv Levin (Likud) extended the foreign company a bonus of $930,000.

In the petition, El Al noted that it had contacted the International Civil Aviation Organization demanding to allow the Israeli carrier to fly over Saudi territory on its way to and from India, arguing unfair practices. Of course, the only result of this exchange would be a ban on Air India’s flights over the Arabian peninsula.

El Al told the Israeli High Court that the permit granted to Air India violates two international agreements signed by the State of Israel: the Chicago Convention banning countries such as Saudi Arabia from discriminating against carriers in granting permits to fly over their territory; and a bilateral agreement signed by India and Israel, which compels the Israeli government to grant El Al “an equal and fair opportunity.” 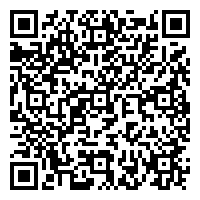