The IDF announced late Saturday night that Israeli forces thwarted a deadly attack on Israel by Iran, attacking a number of terrorist targets southeast of Damascus in Syria.

“We just prevented a pending, large-scale attack of multiple killer drones on Israel by striking Iranian Quds Force operatives and Shiite Militia targets in Syria,” the IDF wrote in a post on Twitter.

The Iranian Quds operatives and Shiite militias planned to launch a number of armed drones against Israeli targets, IDF Spokesperson Ronen Manelis said in a statement tweeted in Hebrew.

“Qassem Solemani (Iranian Quds Force commander) and the Quds Force led the attempted attack. We view with great severity the activity of the Quds Force and the fact that the Syrian regime allows the Iranians to operate freely from Syria… Israeli Air Force combat planes attacked a number of targets in the village of Aqraba. The purpose of the cell was to launch multiple attack drones on northern Israeli territory.”

Prime Minister / Defense Minister Benjamin Netanyahu swiftly followed up with a statement sent directly to media – a rare event, given the hour of publication and one even more unusual for the open admission that Israel had carried out the attack.

“In a major operational effort, we have thwarted an attack against Israel by the Iranian Quds force and Shi’ite militias,” Netanyahu wrote.

“I reiterate: Iran has no immunity anywhere. Our forces operate in every sector against the Iranian aggression. ‘If someone rises up to kill you, kill him first.’

“I have directed that our forces be prepared for any scenario. We will continue to take determined and responsible action against Iran and its proxies for the security of Israel.”

Israel Air Force bases are now on heightened alert in anticipation of possible retaliation from Iran. Iron Dome anti-missile defense batteries have been deployed in the northern region, sources said. 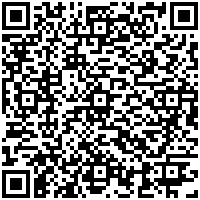