It appears that the Netanyahu government has been taking advantage of the devastation wreaked on both Iranian and Syrian societies by the coronavirus pandemic, and empowered IDF Chief of Staff Aviv Kochavi to continue launching regular attacks on Syrian, Iranian and Hezbollah positions, close to the border as well as deep inside Syrian territory. Monday night, the Syrian Observatory for Human Rights reported air raids, believed to be Israeli, targeting the clandestine Branch 247 factories in Al-Safirah in the Aleppo Governorate, with the strikes resulting in the destruction of ammunition depots.

According to an urgent report by the official Syrian news agency SANA Monday night, “The air defense system is responding to an Israeli aggression against the research center in Aleppo.” Then SANA reported the Syrian air defenses on Monday night responded to rockets fired by Israeli warplanes that “targeted some military depots in the Al-Safirah region, and the air defenses confronted the hostile missiles.” SANA added that “verification is underway to evaluate the losses left by the aggression.”


Later, SANA quoted a military source as saying that Israeli warplanes launched missiles targeting “some of the military warehouses in the Al-Safirah area, and our air defense media has confronted the hostile missiles and the losses caused by the aggression are being examined.”

The observatory reported that “three violent explosions were heard in Badiyat al-Mayadeen in the countryside of Deir Al-Zour, coinciding with the flight of unknown planes, which were probably Israeli, targeting the locations of Iranian militias, without information on the extent of the losses so far.”

The attacks capitalize on the current weakness of the Iran-Hezbollah-Syria axis, which has lost Qasem Soleimani, commander of the Quds Corps of the Revolutionary Guards and the chief leader and advocate of the efforts to establish an intimidating presence against Israel. Soleimani was taken out by an Israeli-American operation on January 3, and then Iran was hit by the coronavirus which outpaced most other countries at the time.

In fact, since that fateful January 3, the Iranian regime has been subject to a string of powerful blows: increasing US sanctions, erosion of public confidence in the regime after the downing of a Ukrainian passenger plane in Tehran, the devastating spread of the coronavirus, and falling oil prices. As a result, Iran has had to pull back its economic aid to Hezbollah, which is also facing a burgeoning economic crisis in Lebanon, coupled with civil unrest and a political collapse.

Meanwhile, Syrian President Bashar Assad, as well as his Russian patrons, would very much like to see the Iranians go home. They did save Assad’s hide back when the rebels downgraded him from president of Syria to mayor of Damascus, but the Iranians have overstayed their welcome, especially since Israeli attacks have been chopping at the Syrian Army’s assets – apparently, each time the IAF pays a visit, its planes also bomb Syrian anti-aircraft batteries for good measure.

So, add to your #coronabenefits list: IDF blasting Iranian assets in Syria, bringing closer their exit. 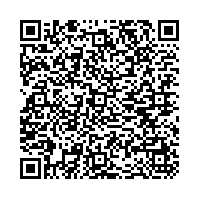