Coalition forces led by the United States attacked Iranian targets near the city of Deir ez-Zor on the banks of the Euphrates River, 450 km northeast of the capital Damascus, opposition forces in Syria reported Wednesday night. So far there is no official confirmation of the attack.

According to the reports, coalition forces fighter jets and helicopters participated in the attack. It was also reported that three members of the Revolutionary Guards were killed in the attack.

Earlier on Wednesday, IDF Chief of Staff Major General Aviv Kochavi spoke at a conference at Reichman University and confirmed that Israel attacked a Syrian convoy on the Iraq-Syria border several weeks ago.

“We could have not known a few weeks ago about the Syrian convoy passing from Iraq to Syria, we could have not known what was in it, and we could have not known that out of 25 trucks this is the truck, truck number 8 was the truck carrying weapons,” said Kochavi using painfully circuitous language, and added: “That’s where pilots who know how to dodge surface-to-air missiles should have been sent. There are situations where 40 and at peak even 70 surface-to-air missiles are fired at them during a sortie. They have to attack, hit, and come back. In some attacks, they also have to not kill those who don’t need to be killed. It requires very advanced capabilities.”

The Israeli attack on the Iranian convoy took place on November 9, east of Deir ez-Zor, and included a military post of pro-Iranian militia. According to the Syrian Observatory for Human Rights, the Israeli attack caused heavy casualties, with 14 confirmed dead, mostly Iranian-backed militiamen.

The SOHR documented 31 airstrikes and ground rocket attacks since the beginning of 2022, during which Israel destroyed 89 targets, including buildings, warehouses, headquarters, centers, and vehicles. According to the SOHR, the strikes killed 83 military personnel and injured 115 others, as well as 23 civilians, including a small girl and at least three women. 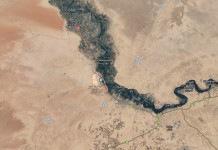 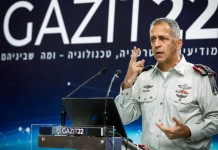 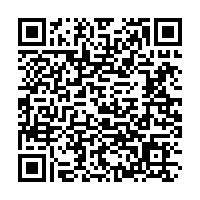