An unnamed military official with the IDF has confirmed to The New York Times that Israel was indeed behind an attack early last Monday on the Tiyus (T-4) air base in central Syria, near Palmyra.

The attack followed an attempted attack on Israel by an Iranian military drone fitted with explosives that entered Israeli air space on February 10. The attack drone was launched from Syria’s T-4 air base, where Iran was also allegedly building its own air base.

“It was the first time we attacked live Iranian targets,” the IDF officer told NYT journalist Thomas Friedman, “both facilities and people.”

The drone attack on Israel was “the first time we saw Iran do something against Israel, not by proxy. This opened a new period,” the IDF officer added.

It’s not clear what the drone’s intended target was, but it was carrying enough explosive material to cause damage, according to IDF officials who analyzed the downed UAV (unmanned aerial vehicle).

Iran was outraged. “Iran is not Syria,” Ali Shirazi, the military liaison for Iranian Supreme Leader Ayatollah Ali Khamenei, warned last Thursday in a statement to the FARS news agency.

“If Israel wants to survive a few more days, it has to stop this childish game. Iran has the capability to destroy Israel and given the excuse, Tel Aviv and Haifa will be razed to the ground.”

Israel’s Prime Minister Benjamin Netanyahu has continued to maintain that Israel will not allow Iran to establish a permanent military foothold in Syria. 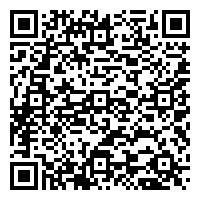