Representatives of the radical Shiite axis headed by Iran are purchasing real estate and are investing in the Damascus region, as part of their drive to cement their presence in the country, the Alma Research and Education Center reported.

Alma Center said that there has been a concentration of land acquisition efforts near Damascus International Airport and along the highway leading to it from the city. The areas where land was purchased are al-Malihah, Shebaa, Deir al-Asafir, and Hutaytet al-Turkman.


“Iran aims to create a foothold in strategic places such as border crossings and major airports, enabling it to create a continuous and secure land and air corridor from Iran to Syria and from there to Lebanon and Hezbollah,” the report said.

For Iran, control of the Albukamal border crossing with Iraq and control of Damascus airport and its environs are necessary to create a land bridge between Iran and Lebanon and the Mediterranean Sea.

The route allows Iran to send forces, supplies, and weapons through Iraq to Syria and from there to Lebanon.

“For Iran, this is a first-rate economic and security issue and the fulfillment of the vision of exporting the Islamic Revolution in the Middle East while establishing a direct front against the ‘Little Devil’ – Israel,” Alma Center explained.

Iran routinely attempts to arm the Lebanon-based Hezbollah terror organization with advanced weapons, including by air shipments through Damascus Airport. Israel has exposed and thwarted multiple attempts by Iran to transfer game-changing weapons to Hezbollah, and this strategy could pose a new challenge to the Israeli efforts.

The Israeli Air Force has carried out thousands of attacks to thwart the Iranian entrenchment in the war-torn country and to prevent Hezbollah from accumulating advanced game-changing weapons. 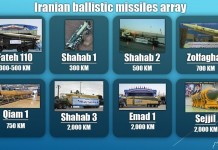 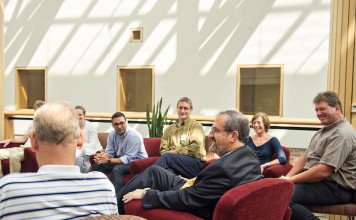 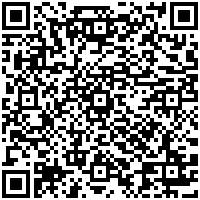