I’ve often asked myself if I’m normal, if everyone thinks and imagines as I do. The truth is, I’m probably not. But still I’ll ask, what scenarios do you envision? Fear?

For many, many years now, the same scenario plays out in my mind. In a sense, I recognize it as a form of national post-traumatic stress disorder (PTSD) brought on by tens of thousands of missile attacks on every area of this small and intricately connected country.


My city and surrounding areas have been targeted a few times in the last 10 years or so (and I live in one of the farthest areas from the launch sites); more than once I have been caught by sirens while traveling.

Geographically, my home is far from Lebanon, far from Gaza, central and to the east. Close enough to Jerusalem for the Arabs to think twice before aiming in my direction, and still, they have. Two of these times, my youngest daughter had just left the house minutes before. The first time, my then-18-year-old son physically restrained me from running after her.

In my mind, I can still remember being aware of his strength and I tried to break free and I remember ordering him to let me go. My eyes still fill with tears as I remember him holding me back, hearing two explosions above. Knowing whatever had happened was over, I looked into his eyes and saw his tears as well and then, then I simply put my head down on his chest and cried. Both times, with the grace and blessings of God, my daughter was fine and had, as my son continually assured me, found shelter.

And still, the memory is ingrained, as is the scenario of a thousand rockets, a thousand sirens, and chaos in seconds. In my mind, all is peaceful, as it is at this moment. Perhaps the sun is shining with a gentle breeze blowing, as it is right now. I can hear the birds chirping on my neighbor’s tree, and the gentle whooshing sound of the fan above. Soup is cooking on the stove, challah rising. Shabbat is coming.

And then, in a split second, the calmness disappears and sirens wail. Last week, Israel launched a nation-wide training exercise preparing for this nightmare of mine. Knowing in advance that the national exercise would happen doesn’t change the moment your heart stops as you reach for the phone to see where. First it was in the north, then in the Negev. In the early evening, it was here very close to us. No explosions, but still the sirens, the phone alerts.

In August, our Defense Minister Israel warned that Iran would pass the threshold mark of enough enriched uranium to build a nuclear bomb. In April, Iran admitted it had 20% capacity. In August, it boasted that it was up to 25 kg. enriched to 60% and 210 kg. enriched to 20%.

Weapons-grade is 90% enrichment; according to the failed nuclear agreement, Iran was allowed to enrich uranium to 3.67%. Meanwhile, Iran continues to play games and issue demands and the world sits back in confusion, unsure what to do, yet again unwilling to believe evil really does exist.

“What will Israel do?” seems to be the question of the day. We know what Biden’s America will do and we know what Europe will do, so it is left to little Israel, yet again.

My imagined scenarios always end only with the sound of explosions. My mind cannot go beyond that second of time in which I hear the first sounds. Night or day, I shake myself and stop.

And at that moment, I remind myself what happened when Gaza fired towards my home? Iron Dome operated over Jerusalem and knocked them out of the sky – two explosions in the air, nothing hitting the ground.

Another flew to the east of my home, landing close to an illegal Bedouin encampment in the hilly desert nearby. No one was hurt there because, as Iron Dome had correctly estimated, the missile crashed into open fields.

Meanwhile, quietly, computers crash and systems continue to fail in Iran, mysterious fires break out. Rumors suggest Israel is responsible. In truth, those who know will not tell and those who tell, simply do not know.

But what do we know here in our PTSD country? We know that Micha’el is to our right, Gavri’el to our left. Always in front of us is Uri’el and behind us is Rapha’el and above us, forever, the Shechina.

So what will little Israel do? I’m not a military expert but I know the answer. And I’ll share it with you, if you don’t already know. We will do everything and anything that we have to do. Israel is eternal, you see. We have survived and we will survive.

Ancient Persia or modern Iran. It makes no difference. Haman erected scaffolding against a tree on which he planned to hang Mordechai. And from that same tree, he was hanged. Meaning, Haman created the instrument of his own death. Iran is doing the same thing thousands of years later.

From the heavens came the ruling that Haman should hang from the tree he prepared for Mordechai; and so the ruling will come now. Then as now, with the help of the Eternal One, we will do what we must.

An eternal people is not afraid of a long road. 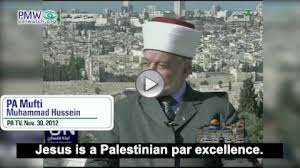