Irani said tankers carrying consignments of fuel to Lebanon recently have been escorted by Iran’s Navy.


The 78th flotilla, comprised of two destroyers, is also currently stationed in the Gulf of Aden and the Red Sea, he said, to escort the oil tankers as they sail past the Suez Canal.

Iran has exported several shipments of fuel to Lebanon in recent weeks, according to Tasnim.

Thus far, three Iranian oil tankers have reached Syria’s Baniyas Port. The fuel was then transferred by truck to Lebanon, presumably after having been refined into diesel and gasoline. No such refineries exist in Lebanon.

Hezbollah terrorist chief Hassan Nasrallah said in August after the arrival of the first vessel in Syria, “Some bet that Israel would not allow the ships to reach Lebanon, but they missed that the Israelis were in trouble.

“The existing deterrence equation in Lebanon and the introduction of ships to Lebanon within this equation allowed the arrival of the first ship and the incoming ships as well,” he said.

The entire country of Lebanon went dark this past Saturday after two major power stations ran out of fuel.

However, the Lebanese Army agreed to provide 6,000 kiloliteras of gas oil, to be split between the Deir Ammar power plant and the Zahrani thermoelectric plant.

Lights Are Back on in Lebanon, For Now

The lights came back on Sunday, after the army made good on its promise and delivered the fuel to the power plants.

Last month a US-brokered arrangement was made to import Egyptian natural gas to Lebanon via Jordan, where the gas would be converted to electricity, and delivered overland through Syria. 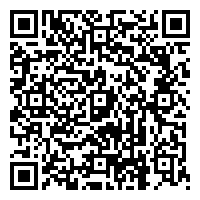