Nine soldiers of the Assad regime army and its supporters were killed in the Sunday night attack on the Aleppo airport that was attributed to Israel, the Syrian Observatory for Human Rights reported Monday. But sources close to the Syrian opposition told Al-Jazeera that the death toll was higher and reached 22, of whom nine were Iranian Revolutionary Guards.

According to the Syrian opposition, at least 10 missiles were fired at an Iranian position at the airport, the second attack on the same post since the beginning of the year. According to the report, among the dead are at least six Syrians, as well as Revolutionary Guards fighters stationed at the base.

The official Syrian news agency SANA reported Sunday night that Israel had carried out an attack at the airport in Aleppo: “The Zionist enemy reiterates its desperate attempts to support the defeated terrorist groups in Daraa and Quneitra, and targets military positions north of the airport.” Israel did not respond to the report.

According to SANA, no one was killed or wounded.

Meanwhile, as the Russian troops are completing the takeover of southwestern Syria, arms and ammunition were surrendered on Sunday by opposition groups in the city of Daraa, according to Alexei Tsygankov, chief of the Russian Center for Reconciliation of the Opposing Parties in Syria, TASS reported. 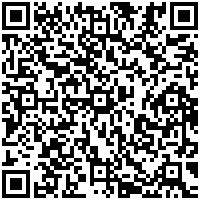