A base that was struck Tuesday night in the Kiswah area, about 12 kilometers south of Damascus housed an Iranian military bunker had allegedly been attacked by Israel before, and was the site of weapons factory or convoy. A report by Ynet said missiles had been taken out of hiding and were trained on Israel.

#BREAKING
First images of tonight's attack on the #Iran IRGC-linked Lebanese Hezbollah base in the northwest outskirt of Al Kiswah, located 12 kms south of Damascus, #Syria.
This comes only hours after Trump exited the JCPOA. pic.twitter.com/Fxeyr4FwzC

At least nine people were reported killed in the attack, according to local reports. Syrian media reported Israeli Air Force jets struck several Syrian military bases with Iranian personnel. A source in the regime of President Bashar al-Assad said two Israeli missiles were intercepted near Kiswah. The IDF and Israeli political echelon, as is customary, did not comment on the reports.

The alleged attack came after the Israel Defense Force spotted “irregular Iranian movements” in Syria and ordered residents to open the public bomb shelters in the Golan Heights, amid concerns over a threatened Iranian strike against Israel in retaliation for the air strike last month on the T-4 (Tiyus) air base near Homs.

“The IDF has detected irregular Iranian activity in Syria and is preparing the civilian population on the Golan Heights accordingly, as well as defensive systems,” the IDF said Tuesday night. “Any aggression against Israel will be met with a severe response.”

The U.S. Embassy in Israel also issued an advisory to its government employees, barring them from visiting Israel’s northern region without first securing approval. “Consider well whether to visit the Golan Heights until tensions in the region decrease. Increase alertness and look after those around you,” the warning said. 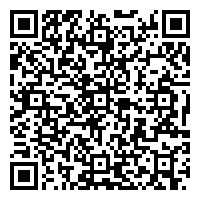