I’m not arguing with all the true facts being raised by Congressman Ron Paul – of course he’s right. Every single thing he’s saying makes perfect sense and should be paid attention to by our policymakers – and that’s the source of my despair. Because no one ever listens to Ron Paul.

What’s the point in upper class idiots like John Kerry repeating all the worst mistakes that upper class idiots like GW Bush have committed in the same region – just so Ron Paul would be proven right once again? It’s almost as if by opening his mouth and speaking the truth, he’s making it impossible for anyone in government to act rationally any more. After all, who wants to come across sounding like Ron Paul?


But he’s right, alas, and he opened his mouth and now the U.S. is setting up training camps for the new mujahideen, just like good ol’ Ronny Reagan did in Afghanistan, and the countdown has already started to the moment these nice gentlemen with the head scarves will turn and bite the hand that trained them.

And it’s all because Ron Paul couldn’t keep his mouth shut and let someone classier, like, say, Barbra Streisand, or Michael Moore make his point for him, so it would carry some real weight with this Administration.

I wouldn’t have given a hoot if the whole thing weren’t so bloody close to my house.

Ron Paul, Israel, And The Other GOP Candidates 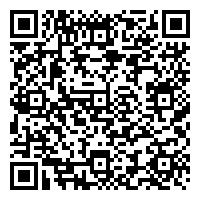