“In the future, we plan to carry out a joint patrolling mission directly to the southernmost end of the demilitarized zone,” Kuralenko said.

On October 15, a ceremony was held on the Syrian side of the Quneitra crossing, to hoist the Syrian national flag at the line separating the Syrian and Israeli forces at the Golan Heights. The Syrian regime was able to return to the border crossing after Russian military forces annihilated the Sunni militias in the area.

At this point, the TASS report explains that Israel seized the Golan Heights from Syria in the 1967 Six-Day War, and in 1981, the Knesset passed a law proclaimed Israel’s sovereignty over the Golan. UN Security Council Resolution 497 of December 17, 1981 declared the annexation illegal.

After the 1973 Yom Kippur War, part of the territory, including the town of Quneitra, were returned to Syria on the condition that the territory remain demilitarized and a UN mission be deployed there.

The UN mission, accompanied by the Russian military police, has for the first time ever entered the region from the territory of Syria since the government forces had been kicked out of there during the civil war. The UN forces, headquartered in Damascus, had to enter the area via the Lebanese border, because some of the area between Damascus and Quneitra is still under rebel control. 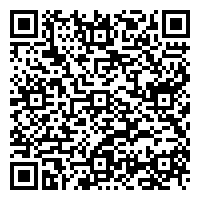