The official Syrian Arab News Agency (SANA) quoted a regime military official late Monday night who said missiles were fired toward the port city of Latakia from the Mediterranean Sea but were shot down by Syria aerial defense. Local sources say the target was an Organization for Technical Industries — a subdivision of the Syrian Ministry of Defense, linked to missile and chemical weapons development.

The UK-based Syrian Observatory for Human Rights reports the target appears to have been an ammunition depot within the organization compound, adding that it wasn’t clear whether the depot was run by Syria or Iran. Syrian media also reported that aerial defenses were triggered in Hama as well.

The Syrian Arab Army claimed it was a coordinated attack between the Israeli Air Force and British and American ships at sea who fired a total of 28 Tomahawk cruise missiles.

Multiple strikes were also reported southeast of Baniyas, in Hama, along Syria’s Mediterranean coast, according to the report, which also said at least 10 casualties were reported.

The port city of Latakia is home to the family of Syrian President Bashar al-Assad, and a bastion of loyalty to his regime. In addition, Russia’s Tartus naval facility is based in the Latakia governorate, as well as its Khmeimim air base.

Earlier in the day, Israel released satellite images of Assad’s palace, Damascus International Airport and other strategic sites in Syria in what appeared to be a less than oblique threat to the Syrian ruler.

There has been no comment from the Israeli government about the night’s attacks in Syria, which is standard policy regarding military action outside Israel. 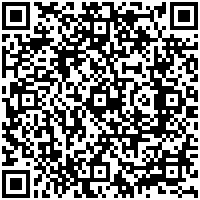