The revered former Chief Rabbi of the Old City of Jerusalem, Rabbi Avigdor Nebenzahl, 83, is engaged to be married, it was announced Monday evening.

The bride is to be Leah (Lily) Glender, a resident of England, according to a report published on the Kikar HaShabbat website.


Rabbi Nebenzahl is the Rabbi of the Ramban Synagogue in the Old City, a senior faculty member a Yeshivat HaKotel and is the senior Rosh Yeshiva at Yeshivat Netiv Aryeh.

The rabbi became a widower a few years ago with the passing of his aishet chayil, Rebetzin Shifra z’l, the daughter of Rabbi Chaim Ze’ev Finkel of the Mir Yeshiva. 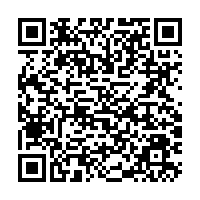