Israel has expelled Turkey’s Consul in Jerusalem following the expulsion of Israel’s Ambassador to Turkey in Ankara.

Hüsnü Gürcan Türkoğlu represents Ankara to the Palestinian Authority. He was summoned to the Foreign Ministry Tuesday afternoon, where head of protocol Meron Ruben asked him to leave the country “for a period of time.”

Israeli Ambassador Eitan Na’eh was summoned to the Turkish Foreign Ministry on Monday and told to “return to [his] country for a period of time,” according to an unnamed Turkish foreign ministry official who spoke with reporters.

The exchange came following the Hamas-driven violence along Gaza’s border with Israel on Monday, which ended in 62 deaths and hundreds of injuries that led to a raging verbal harangue by Turkey’s President Recep Tayyip Erdogan, who accused Israel of being a “terror state” that committed “a genocide.”

Turkey’s Erdogan has long been a champion of the Palestinian Authority, Gaza, Hamas and the Muslim Brotherhood which gave birth to the Hamas terrorist organization that, like its backer Iran, has declared its intention to annihilate the State of Israel. 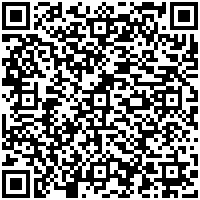