Agriculture Minister Uri Ariel has ordered a halt to agricultural imports to Israel from Turkey in response to the expulsion of Israel’s Ambassador from Ankara, and the vicious words of President Recep Tayyip Erdogan about the Jewish State.

“We won’t tolerate a country that preaches morality to the State of Israel with such hypocrisy,” Ariel said. “The security forces and the IDF soldiers fearlessly protect the residents of Israel. President Erdoğan preaches to the entire world while he funds terrorist organizations like Hamas.”

It is not known whether the imported drinking water on ELAL airlines will be included in the agricultural import ban.

Erdogan’s rage attack came in response to the deaths of about 62 Gazans who were among tens of thousands who tried to destroy the security fence along the border with Israel on Monday in a stated attempt by Hamas to break into Israel to kill Israeli civilians.

Erdogan called Israel a “terror state” that committed “a genocide.”

Following Israeli Prime Minister Benjamin Netanyahu’s response that Erdogan “is among Hamas’s biggest supporters, and there is no doubt that he well understands terrorism and slaughter,” Turkey’s Prime Minister Binali Yildirim subsequently urged Islamic nations to review their relations with Israel.

“The Islamic world should move as one, with one voice, against this massacre,” Yildirim said.

Netanyahu also pointed out that, “The man [Erdogan] who sends thousands of Turkish soldiers to maintain the occupation of northern Cyprus and invades Syria, will not preach to us when we defend ourselves against invasion by Hamas. A man [Erdogan] whose hands are drenched in the blood of countless Kurdish civilians in Turkey and Syria is the last one who can preach to us about military ethics.” 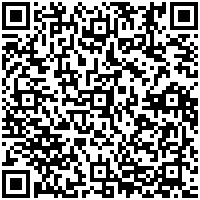