What is it about Islamic fear of Jewish presence at the courtyard of what used to be God’s Temple? Is it a growing panic that once the Jews establish their sovereignty there, the game for world domination is over? While the vast majority of Jews aren’t interested, messianic-thinking Muslims like Turkish President Recep Tayyip Erdogan are urging Muslims to enlist in the battle to protect the Al-Aqsa Mosque in Jerusalem, and by the “Al-Aqsa Mosque” they don’t mean just the rather humble structure at the corner of the Temple Mount, but the entire compound, and by the compound they mean the world.

Addressing the Justice and Development (AK) Party’s parliamentary group meeting in Ankara on Tuesday, Erdogan said: “When Israeli soldiers carelessly pollute the grounds of Al-Aqsa with their combat boots by using simple issues as a pretext and then easily spill blood there, the reason [they are able to do that] is we [Muslims] have not done enough to stake our claim over Jerusalem.”

The key word there is, of course, “pollute.” This head of state who at one point was bidding for membership in the European Union freely refers to Jews as polluters – very much in the style of earlier tyrants, who spoke freely of Jews polluting their nation’s bloodstream.

Never mind that in Erdogan’s view of reality the current crisis did not begin when three Arabs ambushed and murdered two Israeli policemen (in this case Druze). In his reality the Israelis are always the aggressors, the Arabs are either the innocent victims or the heroic shahid.

“Those who are able to should visit Al-Aqsa. For those who cannot visit Al-Aqsa should send aid to our brothers there,” Erdogan said. 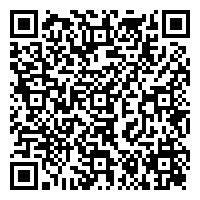