A senior defense official told Israel Radio on Monday that it would have been impossible to solve the Duma village arson murder case without the use of torture and continuous physical pressure. According to the official, who wished to remain anonymous, all the actions taken against the minor who is one of the suspects in the case were approved by the Supreme Court.

The same source added that the defense apparatus has no doubt that Amiram Ben Uliel is the one who threw the Molotov cocktails at the Dawabsheh family home, causing the death of three family members. The source noted that Ben Uliel knew details that had not been publicized about the attack and showed investigators during a reenactment of the crime his path into and out of the village.


However, Shabak investigators are still open to the possibility that others participated in the crime, and that Ben Uliel is refusing to expose them. This would make for a curious cross examination in court, when those same investigators would have to defend under oath a version of the crime they may not themselves fully believe.

Reports from the time of the arson case had four Jews whose faces were covered escaping from the village towards Ma’aleh Efraim. Other testimonies had two suspects, faces covered, standing near the burning house. The discrepancies between these much publicized versions of the event and Ben Uliel’s confession will certainly play a role in the trial, particularly should the defendant himself take the stand.

The fact is that, at first glance, it may be that the prosecution was still not ready to come up with indictments, and was forced to take whatever Shabak had prepared for them under public pressure, having already kept the suspects under incognito incarceration for a long period of time. As to the suspect knowing details that only police and the criminal would have known — the annals of Israeli justice are rife with cases in which police argued just that against confessed defendants who were later proven innocent.

The Shabak and the prosecution are in an unenviable spot, where they are convinced they have their man but are unable to prove it using acceptable methods. 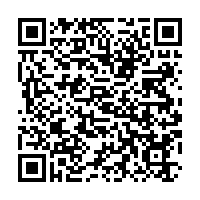