Security personnel continued to sweep metropolitan Tel Aviv as they hunted for the gunman who murdered two and wounded eight Friday in an attack at a café on Dizengoff Street.

Nashat Melhem, 31, has already served time in an Israeli prison for a previous offense. He has a history of mental illness and is still believed to be carrying the assault weapon with which he carried out his attack.

Melhem’s father, an auxiliary police officer, was the person who identified him from CCTV video footage seen on a news broadcast. He has expressed deep concern that he be caught as soon as possible, “before he can murder anyone else.” With deep sadness, he added that he had “not raised him this way,” and apologized to the public for his son’s behavior.

“There’s no reason to believe that [he] is still in Tel Aviv and not in some other part of the country,” contended Public Security Minister Gilad Erdan in an interview Monday morning on Israel Public Radio.

Nevertheless, as schools opened Sunday with police and other security forces combing the city and surrounds, parents pondered whether or not to send their children to school — and did the same Monday morning.

Tel Aviv Mayor Ron Huldai told parents in an interview on Galei Tzahal IDF Army Radio that they did not have to send their children to school if they did not want to. Only 50 percent of the city’s children showed up in the classrooms at the start of the week.

But Education Minister Naftali Bennett urged Tel Aviv’s parents to send their children back to school. Speaking on Galei Tzahal, Bennett pointed out that in Hebron and Gush Etzion, where terror attacks are a fact of life, “also there they continue to live their lives.” He also noted that more children are killed annually in traffic accidents than in terror-related incidents.

The shooter’s cell phone was found at about 2 pm on a side street north of the city in the Ramat Aviv neighborhood, according to a report broadcast Sunday night on Israeli television news Channels 2 and 10.

It was found by a student on Friday afternoon, who took it home to her father; the two at first thought it simply was a lost phone. Once turned on, it began receiving calls from Arabic-language speakers and the family thought an Arab laborer probably had lost the device.

Only after having seen the report of the attack on television Saturday night did the two make the connection and call police, who then came and picked up the phone. One of the calls received was, in fact, from Melhem’s employer who was trying to reach him.

Melhem is believed to be hiding in the north Tel Aviv area, where he was last seen. Residents of the neighborhood said Sunday that the fugitive worked at a vegetable store in the suburb for many years, which would give him an intimate familiarity with the area. 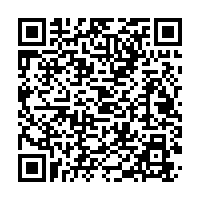