English is a basic skill needed by researchers, businessmen and travelers alike, Minister of Education Naftali Bennett said Wednesday at the launch of a NIS 70 million initiative to increase English proficiency around the country.

“We want to see school graduates capable of having a full and intelligent conversation anywhere in the world,” Bennett told reporters at the ministry’s offices in Tel Aviv.


“Not knowing English is effectively closing books in your face and shutting opportunities to interact with the world,” he stressed. He explained the goal of the new initiative is to produce students capable of reading a book or an academic text, and who can correspond and interact with people anywhere in the world.

Bennett explained that while the national math program’s stated goal was bringing some 20 percent of Israeli students to studying advanced mathematics, the English program is meant to be broader and wider. The Director General of the Ministry, Shmuel Abuav, added the goal was reaching 70 percent of Israeli students who would study high and advanced English (4 and 5 units) within four years – a dramatic increase from the 61 percent of today.

The new program has three main components: It will see a shift of the education system’s focus from written to verbal skills, encouraging teachers and students to practice speaking at a higher level. It will encourage students to sit matriculation tests at 4 and 5 level units, reducing the number of students studying the minimum 3 units needed to graduate. And, it will raise the quality of teaching by helping the teachers already in the system and injecting English-speakers into classrooms, as teachers and teacher assistants.

Among the practical steps revealed by Bennett and Abuav were the addition of classes dedicated to verbal skills, providing students with an opportunity to talk in English; integrating non-formal teaching methods such as public speaking and debating in 8th grade; and increasing the oral component of the final matriculation exam.

Abuav made it clear changing the exam was a vital part of the program, explaining once teachers knew their students would be assessed based on their spoken English they would make sure to emphasize it in the classroom. “The matriculation will change,” Abuav said. “Oral and spoken English will become a more substantial part of the exam – teachers will know their students will be tested on their ability to talk.”

The change will start “at the elementary school ages of grades 4-6, building English libraries and interactive computer and online elements in the schools,” Abuav added. “The goal is creating an arena for learning and studying outside the English classes.”

Bennett made it clear the launch was just the start; just as the successful mathematics program underwent changes in the two years of its implementation. “Today we are launching, but open to adapt and change.” 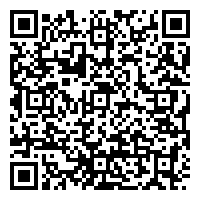