In a surprise move, Ayelet Shaked has brought in Nitzana Darshan Leitner, the head of Shurat Hadin to run with her party that recently merged with Bayit Yehudi.  Darshan Leitner will receive the 4th spot on the list.

Currently the polls show that Shaked does not have enough support to pass the electoral threshold, and they are hoping some high profile names help gain them voters. Her former partners in the party, Yoaz Hendel and Tzvi Hauser, decided to break apart the partnership, and then dropped out completely from the race.

Shaked’s party is positioning themselves as a rightwing party that is religiously to the left of Bezalel Smotrich and Itamar Ben-Gvir’s Religious Zionist party, which recent polls show getting 11 to 12 seats in the upcoming Knesset.

Former Prime Minister Benjamin Netanyahu met with Avi Maoz of the Noam party on Thursday, and convinced them to run together with Smotrich and Ben-Gvir, and accept the 11th seat. 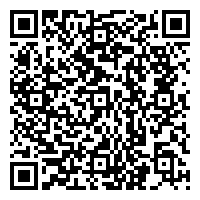