A European Union delegation together with representatives from the Italian and Israeli Ministries of Education gathered this week with multiple government stakeholders and the academic community to launch the largest Twinning project to have been undertaken in Israel.

It is also the first to benefit Israel’s Ministry of Education as well, according to a release from the European Union. The two-year, 1.8 million Euro project, aimed at establishing an Israeli national qualification framework (NQF), is aimed at bringing existing education and training sectors together into a single framework, according to EU Ambassador to Israel, Emanuele Giaufret.

“Twinning projects are part of deep official relations between the EU and Israeli government ministries and agencies,” Giaufret said.

“It also is intended to encourage greater matching or curricula and qualifications with the needs and opportunities of the Israeli labor market.”

The project also provides the legal and financial framework for institutional cooperation between public administrations of EU member states and those of partner countries.

Since 2007, Israel has already engaged in some 14 Twinning projects with the EU in areas such as telecommunications, agriculture, consumer protection, energy, environment and justice, as well as about 120+ TAIEX activities delivering European expertise on specific topics. 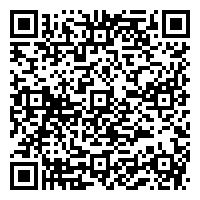