As went Swarthmore College, so goes Vassar, two tiny liberal arts colleges located in lower Northeastern portion of the United States. Both are incredibly expensive, competitive and uber-liberal. As of Tuesday, Feb. 18, the Vassar Jewish Union became an Open Hillel.

It should not have come as a big surprise to anyone that Judaism and the Jewish State are not at the top of the list of priorities for the Jewish Union at Vassar College, which is located in Poughkeepsie, New York.


The self-description for the VJU Twitter account and on its Facebook page states that it is “an open and welcoming space for all religious backgrounds and interests to come together!”

So why the need to specifically distance itself from Hillel, given it had already chosen not to use the name?

Like the Swarthmore “Jewish” group on campus, the Vassar Jews felt the need to shout from the rooftops, or at least on their website and twitter feeds, that “identification with Israel is not necessarily an integral part of every individual’s Jewish identity, and that Hillel International has certain standards for partnership which the VJU find unacceptable.”

What can’t the VJU abide? Prohibiting speakers who: “(1) deny the right of Israel to exist as a Jewish and democratic state with secure and recognized borders; 2) Delegitimize, demonize, or apply a double standard to Israel; 3) Support boycott of, divestment from, or sanctions against the State of Israel; and 4) Exhibit a pattern of disruptive behavior towards campus events or guest speakers or foster an atmosphere of incivility.”

So VJU refuses to bar the door to those who believe the Jewish State should be annihilated, or who insist Israel should be held to a standard that differs from the one to which any other country is held, or who support economic and or legal warfare against the Jewish State.

In response to the prohibitions in Hillel International’s standards, VJU repeatedly states in its press release announcing its conversion to an “Open Hillel,” that it is non-partisan, will not advocate any particular political opinions, and “will welcome open discourse concerning Israel, Palestine, and any other relevant and critical issues, and will not exclude on the basis of political opinion.”

What will happen when someone from the Zionist Organization of America asks to speak at the Vassar Jewish Union? Or someone from a Tea Party group?  Or a Catholic ardent anti-abortion rights advocate? After all, VJU is supposed to be an “open and welcoming space for all religious backgrounds and interests to come together.”

Hillel Director Engaged to Ordained Christian Minister, If We Don’t Like It We Must be Bigots 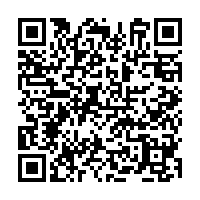