A Palestinian Authority official and senior member of Fatah, headed by PA Chairman Mahmoud Abbas, said on Lebanese television, “We as yet don’t have a nuke, but I swear that if we did have a nuke, we’d have used it this very morning.”

The Palestine Media Watch translated and published the transcription of an interview on the Lebanese Al-Mayadeen television station last week. PMW also provided a video, with English subtitles of the exchange between Rajoub and the interviewer.


Following is the transcription of the interview, provided by PMW, leading up to the comment on nukes.

Lebanese TV moderator: “The American [John Kerry] came to the PA. They are talking about reviving negotiations, about getting back to the table with the Israelis… Will you go back to the negotiations game?”

Jibril Rajoub: “There is no going back to negotiations unless the source of authority is the international resolutions, with a time frame and with the freezing of all unilateral Israeli steps: Jerusalem, the fence, settlements and prisoners.”

Jibril Rajoub: “That doesn’t matter. Listen. We as yet don’t have a nuke, but I swear that if we did have a nuke, we’d have used it this very morning.”

Rajoub  is a classic example of Israel’s revolving-door policy of releasing terrorists from jail so they can return to terror, and in this case, explicitly back the annihilation of Israel with a nuclear weapon.

Rajoub started his career as a terrorist when he was a teenager in Hevron, where he was arrested on suspicion of aiding fleeing Egyptian officers.

After his release from jail, he joined Fatah and took on the mission of building up terrorist cells in the Hevron area.

Israeli authorities put him in jail for throwing grenades at an IDF bus but freed him, along with approximately 1,150 other PA terrorists and security prisoners, in exchange for three Israeli hostages in 1985.

He again was jailed and released two other times for returning to terror activity, and the third time around, Israeli authorities deported him to Lebanon in 1988.

He moved up in the Fatah ranks and became an assistant to Yasser Arafat. Israel let him back into the country after the political euphoria of the Oslo Accords. 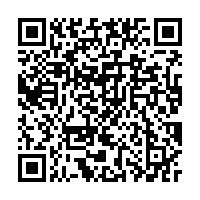