The Palestinian Authority, which earlier this week labeled Jewish Home chairman Naftali Bennett as a terrorist, now wants him probed for racism.

Bennett, speaking about the government’s agreeing to free more than 1,000 terrorists in order to get the so-called peace process back on track, dared to comment, “Terrorists should be eliminated, not freed.” He added that as an IDF elite combat officer, he killed lots of Arabs and has “no problem with that.”


The Palestinian Authority has a big problem with that.

“It is extremely alarming that a public Israeli official at the ministerial level calls for murder and utters explicitly racist remarks without being held accountable.”

Did Bennett say anything about Muslims? Or blacks? Or Hindus? Of even, God forbid, journalists?

It turns out that the Palestinian Authority now considers terrorism an ethnic species or a religion.

Earlier this week, the Palestinian Authority foreign affairs ministry defined a terrorist as anyone who degrades “strugglers for freedom. It added that settlers also are terrorists by the very fact that they are living on land, where PA chairman Mahmoud Abbas said this week, he will hang out the “No Jews Allowed” sign if and when he gets his hands on a new Arab state within Israel’s current borders.

Abbas no doubt would say he is not a racist but simply wants to protect Jews from Arab terrorists – no, make that “strugglers for freedom.” The real racist is Bennett, according to the foreign ministry.

“The Israeli government has to open a transparent and legal investigation into these remarks [by Bennett] and allow Palestinian rights advocates to follow the investigation,” it stated, according to the Bethlehem-based Ma’an News Agency.

It reported that the “General Delegation of the PLO to the United States strongly condemned the ‘racist’ remarks and called for international action.”

This is fresh fodder for the U.N. Human Rights Council, which now can designate terrorists as an ethnic minority, actually a majority in some Arab countries . Muslim terrorism actually has all of the characteristics of a religion. Their mitzvah is to kill Jews, and their belief in the afterworld is firmly based on being welcomed there by 72 virgins. As for female terrorists, perhaps they also remain virgins. 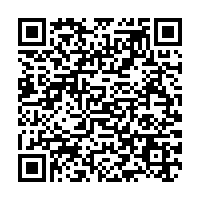