At the beginning of the week, Border Police officers noticed a helicopter parked at Atarot Airport near the Qalandiya crossing. The suspect was found next to the helicopter and was taken for questioning. In his interrogation it became clear that the suspect had landed at the airport illegally. The suspect is a former Air Force pilot, but he does not possess a flying license and his two helicopters are not properly registered and certified.

The two helicopters were confiscated by police and, at the end of his interrogation, Meshulami was brought to the Jerusalem Magistrate’s Court for a remand extension and was released under restrictive conditions.

Attorney Rom said, “It is inconceivable that for the sake of its public relations Israel Police violates the law and leaks investigative materials – despite the fact that both the Magistrate’s Court and the District Court have ruled that the matter would be heard in camera.” As to the crux of the matter, he continued, “this is a case of the vengeance of Israel Police against my client.”

“My father has been a pilot for 25 years in the Israel Air Force. Quite a few years, many flight hours. I may not be objective, but I have no doubt that he possesses a high level of professionalism, command, and savvy.

“A few years ago he also took a few lessons and received a civil pilot’s license in the State of Israel.

“After my father transferred the aircraft to us (in Judea and Samaria), the Civil Aviation Authority—whose authority is valid only in Israel—decided to revoke his license.

“Except that in Judea and Samaria, in the absence of any [civil] law and regulations, it is not defined by law who needs a license to do what, if at all.

“Wait, but flying helicopters without a license?

“As I said before, in Judea and Samaria, in the absence of any [civil] law and regulations, there are no licensing definitions anyway. However, the [Israeli] Aircraft Law applies to any vessel with Israeli registration, even outside of Israel. Therefore, the aircraft in [my father’s] possession does not have an Israeli license, since a license is not relevant here anyway.

“But that does he not endanger other aircraft?

“There are no other civilian flights in Judea and Samaria. The Air Force activity (which my father is very much familiar with) is at a high altitude. Dad flies at low altitude, in daylight.

“Nevertheless, he is trying to set a coordination procedure between himself and the air force.

“What happened over the past 6 years, you ask? How does it make sense that the issue has not been enforced for so long?

“In the seven (!) cases opened against him so far, the State Attorney’s Office did not even bother to file indictments.

“My father walks around with a smile on his face and explains that he hopes that maybe this whole thing will finally develop somewhere.”

Of course, the Netanyahu government and all the Israeli governments before it, are in a Catch 22 bind. They invented a strange duck called the Coordinator of Government Activities in the Territories (COGAT) which is a branch of the military. Applying Israeli civil laws—including regulations regarding the registration and flying of private helicopters—would constitute a form of annexation of Judea and Samaria, which Netanyahu et al declare the favor – but only in talk. Action lags behind on that one.

And so Yedidya Meshulami and his daughter will probably continue to fly their choppers unmolested – with the occasional police harassment. 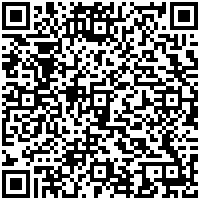