The Israel Police conducted raids around the country on Monday morning and arrested over 30 Arab suspects in involvement in illegal arms trade and drug trafficking, in an operation dubbed “Silver Bullet.”

The operation commenced when the police were successful in persuading a criminal, an explosive device “engineer,” to serve as an undercover agent and purchase weapons and drugs from dozens of influential figures in the criminal world around the country, mostly from the Arab society.

The detainees include an officer in the Palestinian Authority who sold weapons to the agent and wanted to ensure the weapons were sold to harm Jews.

On Monday morning, as the covert phase of the operation matured, hundreds of police and Border Policemen carried out an extensive wave of arrests and searches throughout the country, during which more than 30 suspects were arrested, including in Jaffa, Lod, Ramla, Haifa, Kfar Qassem, Kiryat Bialik, Kiryat Motzkin, Tel Sheva, Barta’a and Sajur.

Prior to the arrests, the undercover agent conducted dozens of arms deals, and purchased explosives and drugs,  from figures well known to him from the criminal world after his many years of criminal activity and time spent in prison.

“His many years of acquaintance with the world of crime, enabled the agent to make deals nationwide, with figures from various criminal organizations throughout the country, in the north, in the center, and in the south, and especially influential figures in the world of crime in Jaffa,” the police stated.

During a deal to purchase an assault rifle in the north, the agent met with an officer of the Palestinian Authority who was present at the scene, and later purchased an M-16 assault rifle, an improvised Carlo submachine gun, and handguns. According to the suspicion, the PA officer wanted to make sure that the weapons would be used to harm Jews.

Commissioner of Police Yaakov Shabtai stated Monday that “after more than a year of supreme police effort in which we spared no means or resource, we can say clearly, the criminal organizations in Arab society have suffered and still suffer severe blows they have not know for many years, and it will take them years to recover, if at all.”

The suspects will be brought before the Tel Aviv Magistrate’s Court for a hearing on their remand.

These arrested were made as part of Operation Safe Track, the police’s national enforcement operation against the main perpetrators of crime in the country, primarily in the Arab society.

Official police data shows that 82% of the cases opened in 2021 against firearms offenders in Israel were committed by Arab Israeli citizens in Arab localities.

In the police’s northern coast district, for instance, in 2021, 1,615 cases involving weapons offenses were opened, 80% of them in Arab localities of Umm al-Fahm, Baqa al-Gharbiya, Jisr a-Zarqa, and Wadi Ara.

The Arab population in Israel constitutes about 20% of the entire population.

Speaking at the Knesset’s Public Security Committee in September 2021, Minister of Public Security Omer Barlev described the lawlessness in the Arab sector as “a genuine threat to the internal security of the State of Israel.” 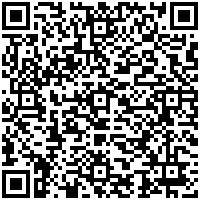