Justice Minister Ayelet Shaked and Supreme Court President Esther Hayut on Wednesday announced that they had accepted the decision of the Ombudsman for complaints against judges, Professor Eliezer Rivlin, to pursue disciplinary action against Judge Ronit Poznansky-Katz following her collusion with an investigation official over WhatsApp in Case 4,000.

The case involves Prime Minister Benjamin Netanyahu and several individuals from his circle, as well as the owner and the CEO of Israel’s communications giant Bezeq and the company’s news website Walla.


On Monday, Shaked said about Poznansky-Katz, “If I think she has to go home – I have the authority to remove her. Such a case casts a heavy shadow on the entire system, and it must be dealt with employing maximum severity. If someone misbehaved, they will not remain in the system.”

Now it turns out that “maximum severity” does not include criminal charges against a judge who received a WhatsApp message from the investigator, attorney Eran Shaham-Shavit, saying: “At least the good news is that Or (Elovitch) and Amikam (Shorer) will be released tomorrow under preconditions. Look surprised,” to which the judge responded, “I am starting to work on an appropriate expression of complete surprise.”

Minister Shaked will submit a disciplinary complaint to Justice Hayut in the coming days, following which the court president will appoint a disciplinary court to hear the complaint. Afterwards, according to the announcement, a decision will be made regarding Poznansky-Katz’s suspension until the disciplinary process is exhausted.

As to the systemic failures addressed by Ombudsman Rivlin in his decision, the announcement suggests this issue is being examined by Court President Hayut, who intends to formulate an appropriate procedure in response as soon as possible, which will be made public. 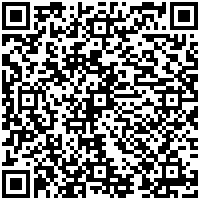