The main building at the site, the Al Habas, appears to be meant to protect the eastern entrance to the valley.

The bandits, digging for ancient findings, caused irreparable damage to the site. It also appears that they tried to remove some of the ornate stones from the site, causing damage to some of the structures.

Hirbet Astunah was the latest site to be raided during a recent wave of vandalism and theft of archeological sites by Arab bandits.

The shutdown in Judea and Samaria due to the Coronavirus (COVID-19) pandemic has enabled bandits to roam free while causing irreversible damage to the historical record and to world heritage sites in the region.

Grave robbers and antiquities thieves from the Palestinian Authority (PA) have taken advantage of the suspension of oversight and enforcement activity to carry out illegal digs and excavations on an unprecedented scale, Shomrin Al Hanetzch is warning.

The watchdog group dedicated to protecting Israel’s archaeological treasures has called on the government to act and has presented a comprehensive plan to salvage what is left.

The Civil Administration, which oversees enforcement, has cut back activity by 70% in recent weeks, and antiquities thieves and treasure hunters have since been on a rampage in the archaeological sites throughout Judea and Samaria.

The Har Kabir Nature Reserve, between Elon Moreh and the Jordan Valley, was also recently hit by treasure hunters.

Ein Samia in the eastern Binyamin region, where particularly rare and unique artifacts have been found, was also recently raided. The site includes the remains of a city dated to the Israelite Kingdom era, and excavations carried out in the past uncovered rare 4,000-year-old Middle Bronze Age artifacts, including a wide fortification wall and tower, shaft tombs, and a silver goblet adorned with a scene containing Mesopotamian motifs.

Recently, an Arab-owned quarry operating in the PA near Ein Samia began to intrude on the nature reserve and is threatening the site with ecological and aesthetic destruction.

Similarly, a band of thieves was apprehended at Khirbet ‘Alamit near the entrance to Jerusalem.

“The State of Israel is now in a full-scale battle against the coronavirus pandemic, but we must not lose sight of the day after. We cannot neglect our eternal treasures,” Eitan Melet, Director of Operations for Shomrim Al Hanetzach stated last month.

He called on the government to fully restore the work of enforcement officials.

Shomrim Al Hanetzach has noted that the phenomenon of antiquity destruction is pervasive and affects all sites that are not under permanent preservation, and a survey of the sites in Judea and Samaria shows that a staggering 95% of the archeological sites have been robbed, vandalized or disturbed. 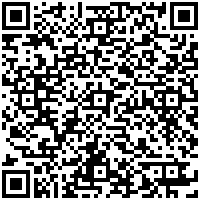