The Skverer Rebbe, Rabbi David Twersky, was involved in a car accident on Rt. 6 Monday night when his car hit an oncoming vehicle. The other driver was killed, but the Skverer Rebbe escaped unharmed, despite serious damage to his vehicle.

The Rebbe was returning home to New Square from a Satmar wedding in Kiryas Yoel. According to reports, shortly after the accident, the Rebbe was provided another vehicle and made it to the wedding of one of his followers back in New Square.

Rabbi Twersky is the descendant of both the Ba’al Shem Tov and Rabbi Menachem Nachum of Chernobyl. His father, Rabbi Yakov Yosef Twersky, established the Hasidic village of New Square in Rockland County in 1954. 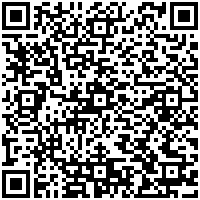