In the coming days, the Trump administration is expected to announce a new policy that effectively cancels the Palestinian right of return, Israel’s Channel 2 News reported Saturday night. The new plan is expected to include a number of measures aimed primarily at the United Nations Relief and Works Agency for Palestine Refugees in the Near East (UNRWA).

The new plan is expected to be published at the beginning of September, when the White House will issue its policy regarding the refugee organization, in a few stages.

First, the US will issue a report contesting the official number of Palestinian refugees, claiming there were only about half a million of them (that might have been a mistake in the news report, adding an extra zero, as estimates are now that only 50,000 original refugees are left), compared with more than five million according to UNRWA.

The Trump administration is also expected to announce that it rejects the definition of UNRWA, which is reserved only for Palestinian refugees, who inherit their refugee status from their parents.

Another phase will be to stop the budget for UNRWA in Judea and Samaria. In that context, the Americans are also expected to ask Israel to reconsider the mandate it awards UNRWA to operate in Judea and Samaria, in order to prevent Arab countries from transferring the money the US will be withholding from the organization.

The news report comes just hours after a State Department official said the United States would redirect more than $200 million earmarked for economic aid to the PA and Gaza to projects elsewhere.

Channel 2 cited official in Jerusalem who see the reported move as yet another historic step by President Trump and his team, who continue to recognize reality in the Middle East as it is. In effect, after having taken the Jerusalem question off the table, recognizing Israel’s sovereignty there, the Trump White House is now going to remove from the table the other bone of contention between the two sides – namely the right of return of Arab refugees to the homes their grandparents had fled in 1948 from the table.

The National Security Council on Saturday issued a statement saying “the administration will announce its policy regarding UNRWA at an appropriate time.” 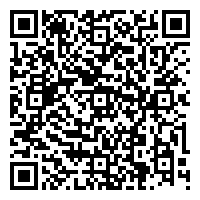