Levin has been in touch with the heads of the other parties expected to take part in the new government, although official meetings won’t start until after the votes are all counted.

With 93.3 percent of the ballots counted as of 11:30 am Thursday, there has been no change in the political picture, with the Likud bloc at 65 mandates and Yesh Atid, led by caretaker Prime Minister Yair Lapid, at only 50 seats.

The Meretz, Balad and Jewish Home parties all fell below the electoral threshold and will not enter the Knesset.

Likud party chair Benjamin Netanyahu is expected to get his ducks in a row as quickly as possible to remove caretaker Prime Minister Yair Lapid sooner rather than later.

Israel’s Channel 12 News reports that Netanyahu aims to appoint a new Knesset Speaker and complete the swearing-in of the new Knesset Members by November 15.

Multiple Israeli media outlets are speculating on who will receive which ministerial portfolios once negotiations are complete.

But none of that will take place until after President Isaac Herzog formally gives Netanyahu the mandate to form the new government once he finishes consultations with the political parties.

Channel 12 is predicting Religious Zionist party chair and MK Bezalel Smotrich will receive either the finance or defense portfolio – although it is also possible that defense would go to Likud MK Yoav Gallant, a former IDF Chief of Staff.

The news outlet has also predicted that Otzma Yehudit chair and MK Itamar Ben Gvir will receive the public security portfolio in accordance with his demands prior to the election.

The foreign affairs portfolio is expected to stay within the Likud party, either with MK Israel Katz, who once held the post briefly, or Levin. 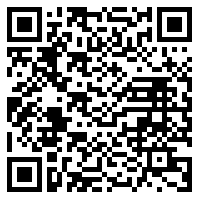